Tracing The OGBV Cases Management During Pandemic in Indonesia 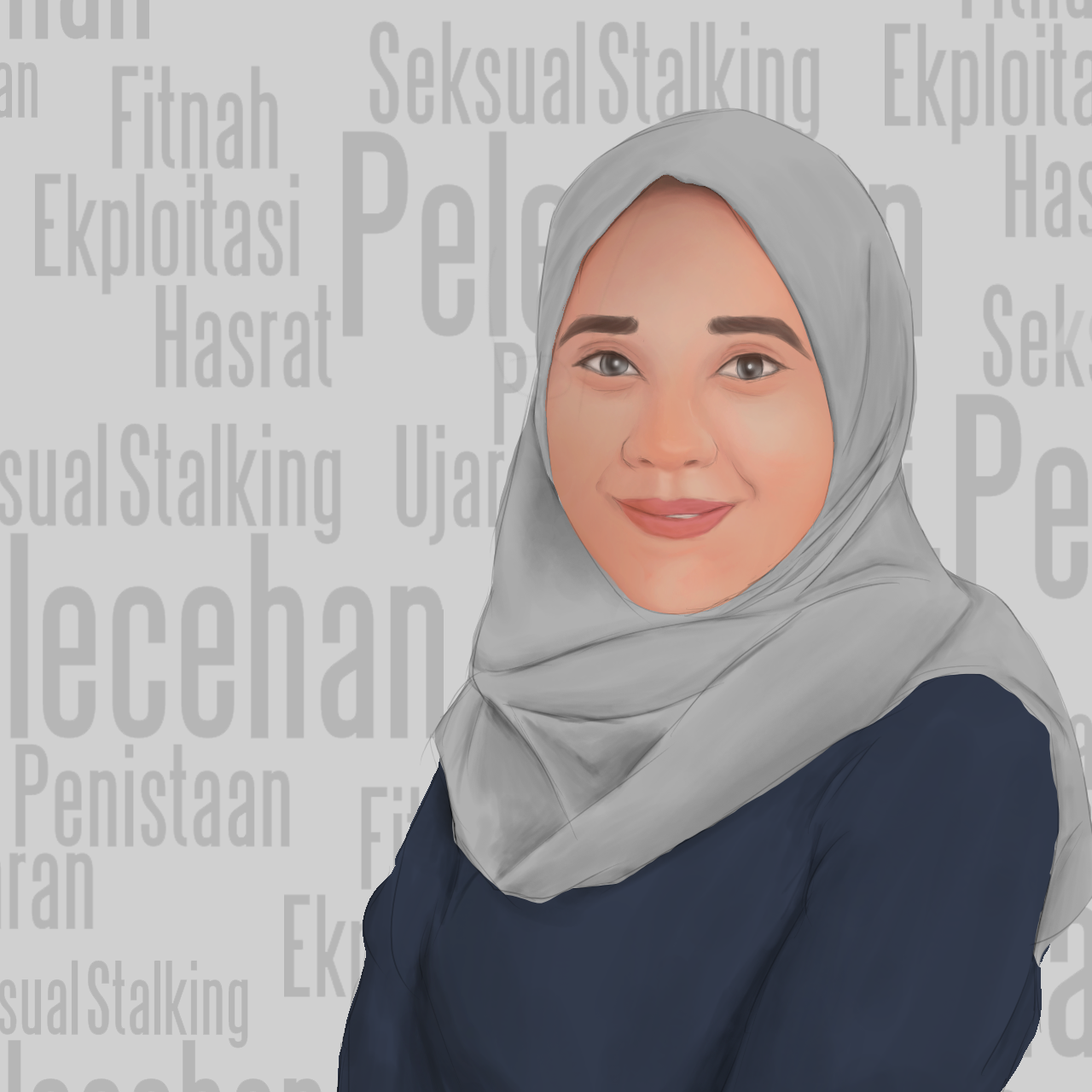 The case of Online Gender-Based Violence has been increasing throughout the pandemic. As stated in the Year-End Report of Women’s Violence 2021, the National Commission of Violence Against Women received drastically escalated cases in 2020. The rise of cases indicates weak cybersecurity.

Despite the drastic increase, there is still no proper legal protection to handle Online Gender-Based Violence cases. Coming from the concern, Balairung gets the chance to interview Nenden Sekar Arum from Freedom of Expression Division of Southeast Asia Freedom of Expression Network (SAFENet). This interview will discuss the absence of regulation in managing Online Gender-Based Violence cases.

There are three elements in OGBV; violence context, gender-based, and online. Violence refers to any action that disrupts our security and comfort, such as intimidation or threat. Gender-based means that the violence is directed to a person with a specific gender or sexual orientation, mainly against women or any minority gender. Meanwhile, the online context doesn’t necessarily mean that it is done online, but the form of violence is allowed by the technology.  Any form of violence which is directed to a particular gender or sexual orientation and facilitated by technology can be categorized as OGBV.

How is the OGBV case going on in Indonesia so far?

Is there any specific factor in the escalation during the pandemic in particular?

On one hand, the escalation of the case is driven by the rise of people’s awareness towards OGBV. A few years back, people were still unaware of the possibility to report that kind of violence to the National Commission of Violence Against Women. On the other hand, probably there is indeed a drastic increase. Many factors support the rising OGBV cases throughout the last three years.

There is also influence from technology usage. Pandemic forces people to transform their activities online which makes their exposure to the internet is increasing. The exposure creates the potential for OGBV and other cybercrimes.

Along with the rising cases, how is the handling of OGBV cases in Indonesia during the pandemic?

During the pandemic, many service providers restrict their counseling service or transform it into online. The online service is indeed facilitating access for case reporting and psychological counseling as well. Nevertheless, this situation can create obstacles in bringing the case into the court or law enforcement as many regions enact the activity restriction protocol. Moreover, access to online reporting is prone to hacking. Before the pandemic, the OGBV case reporting was tough as it didn’t get much attention from law enforcement. So, it will be a bigger challenge during the pandemic.

Why is it difficult to report an OGBV case?

OBGV has just been gaining attention for the past 3 to 5 years so the perception of the issue isn’t familiar to the victim as well as their companion. This leads to difficulty in reporting the case as there is no fundamental regulation that can emphasize OGBV as sexual violence. As a matter of fact, there is no umbrella law for sexual violence. Furthermore, the OGBV isn’t counted as a criminal act due to the lack of awareness and understanding of the law enforcement to the OGBV. The non-existing law and the bad gender perspective to the survivor can also interfere with the investigation of the case, it is also worsened by the limited facility and technology capacity in the lower enforcement institutions (Polres and Polsek).

Why has the Elimination of Sexual Violence Bill hasn’t been passed while the case keeps raising?

The bill hasn’t passed because the government is busy with insignificant matters. Other than that, it has been a common secret that political interest plays a big role in passing a bill, such as the Elimination of Sexual Violence Bill which is said to be harmful to certain parties. This shows the low capability and quality of the Indonesian senators in perceiving regulation priority. Besides, the lack of education on sexual violence and the bad perspective to the survivor also cause interference in passing the bill. It also gets worse with the prejudice and arguments on the sexual definition that eventually ignores the victim themselves.

Is the existing cyber regulation can’t cover the OGBV case?

In some cases, such as pornography content distribution or doxxing, Electronic Information and Transaction Law (UU ITE) can be applied to help the victim. Unfortunately, those articles also potentially criminalize the victim. As stated in Article 28 Section 1 of UU ITE about pornography, the victim can be sued for involving in pornography content making. For that reason, Electronic Information and Transaction Law (UU ITE) is inadequate to protect the victim of pornography content distribution. Meanwhile, the track record of virtual police hasn’t been seen in handling OGBV cases. Many cases managed by the virtual police are insignificant, such as hate speech to the government. Thus, the role of cyber regulation in handling OGBV cases is still questionable.

What should the government do to manage the rising cases of Online Gender-Based Violence?

There are two options, litigation, and non-litigation. The litigation can be done by passing the Elimination of Sexual Violence Bill (RUU PKS). Meanwhile, the non-litigation can be done by increasing the capability of law enforcement to handle the cases from a gender perspective. RUU PKS focuses on giving security and justice to the victim as RUU PKS can accommodate them. RUU PKS also asserts the victim’s rights in seeking justice and getting women-friendly service by law enforcement. It will be better to merge RUU PKS with UU ITE, with certain conditions that UU ITE must assist all forms of OGBV such as fraud to non-consent sexual content distribution. The law better assists the victim to get justice instead of criminalizing them.

Further, the government should raise the law enforcements’ awareness of sexual violence and gender perspective to avoid victim-blaming which potentially leads to cause trauma to the victim. In addition, they should improve their service as well, keeping in mind that OGBV isn’t familiar.

The Voice of Movement on Indonesian Climate Crisis...