Pos Teratas
The Dilemma of Informants’ Anonymity in Journalism
Polri’s Reform is Necessary, While the 2045 Vision...
Consumer Security and Privacy Threats in E-Commerce Data...
Religion and the High Level of Corruption in...
Student Movement is Timeless; Student Government, Meanwhile, is...
Afghan Women: Their Shackles and Concerns
Reducing Pollution Through Habitual Walking Lifestyle
Download IDM Crack 6.41 | 32-64 bit [2023]
The Absence of Law Enforcement in Handling Sexual...
A Brief History of Discourse on Animals in...
InterviewNews

Religion and the High Level of Corruption in Religious Countries 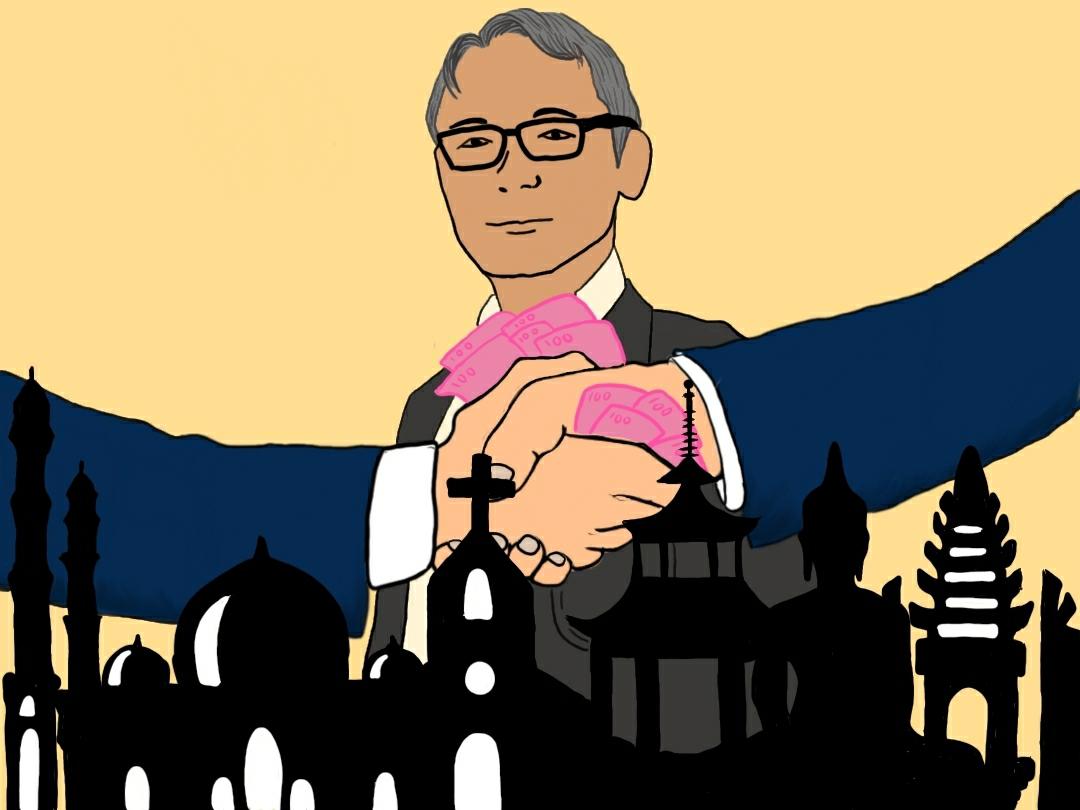 This article was originally written and published in bahasa Indonesia on 4 April 2022.

Corruption is still a social pathology fought by many countries, including Indonesia. Gokcekus and Ekici’s research found a positive relationship between religious states and high levels of corruption. As a religious country, Indonesia scored below 50 on the Corruption Perception Index in 2021. It means corruption cases are pretty severe in Indonesia.

Tempo’s article shows corruption cases within the religious sphere: hajj fees and the people’s endowment fund misuse, corruption of Al-Qur’an and Madrasah laboratories procurement, as well as the sale and purchase of positions in the vortex of the Ministry of Religion. It can be related to the survey conducted by the Indonesian Survey Institute (LSI), which found that religiosity only affects anti-corruption attitudes, not their actions.

Under these conditions, BALAIRUNG had the opportunity to interview Andreas Budi Widyanta, a lecturer in Sociology at Universitas Gadjah Mada. He also teaches the Sociology of Corruption course. In the interview, he gave his views on the relationship between religiosity and corruption level in a country with links between the two aspects.

Actually, how does religiosity affect corruption behavior in Indonesia?

Corruption is not only determined based on religious factors, but also other complex factors that make someone can carry out corrupt practices. Research from La Porta, Lambsdorff, and Treisman, shows that religions with a relatively strong hierarchical structure correlate with corruption. Meanwhile, religions that are not so hierarchical do not offer the same tendency. For example, Catholicism, Islam, and Orthodox Christianity are beliefs with a fairly tiered hierarchy. This hierarchy can then be associated with corruption.

In addition, as religious people, we have demands for ritual purity and social purity. Ritual purity is related to religious rites, while social purity relates to the dimensions of social life around us. These two things are often disconnected. Although not scientifically measured, this theory of purity is a logic that can be used to connect religiosity with corrupt practices.

Robert Bellah has also mentioned that religion is exceptionally influential in anti-corruption practices. When a religious belief is vital, then it becomes some kind of civil religion and can put a brake on corrupt practices. Indeed, there are many different studies with different views, but the data that stands out the most is that religion with a fairly strong hierarchy tends to be positively correlated.

Why do acts of corruption hide among cultural-religious practices and become accepted by society as common and normative?

Human life is complex, and religion is only one factor. The complexity has many dimensions: law, cultural, economic, and political. In the law dimension, a regime of truth guides our living practices to a lawful extent. Meanwhile, in the political dimension, if it is related to this context, there is a practice of power relations in our religious community. The power relation certainly has patterns that can be manipulative. It can happen because a strong hierarchy creates some kind of stratification.

On the other hand, a study by Marcel Mauss in his book, The Gift, sees that giving is a common act in human civilization because it is considered as a form of friendship, brotherhood, and peace. However, there is a contradiction behind giving, which is viewed as an act of bribery. Further re-examination of what motivates people to do bribery, as well as the damage to a person and the public, must be conducted. The public should benefit from the interests taken care of by the public officials.

The results of the LSI survey in 2018 showed that members of religious organizations were pro-corruption. Why do you think this could happen?

To understand the survey results, we must consider the assumptions, indicators, and factors used. The goal is to have the benchmarks and the right identification factors to show the correlation between corruption and religiosity.

In our way of religion, there is no proper relationship between ritual purity and social purity. We are also in the complexity of life that can trigger us to leave our religious life. For example, the world of work demands administrative reporting, which is pretty complicated and sometimes unreasonable. It makes it difficult for us to implement our religious belief, so manipulating the process is one of the chosen paths. The emergence of this kind of modern challenge makes corruption more fertile in the dimensions of life.

Undang Sumantri is an example of a person in the complexity of life. He is an individual who is included in the education unit and a member of the religious department close to the practice of ritual purity and social purity. His corrupt behavior is certainly caused by the ingrained abuse of power practices in the department he chose to enter. In addition, this can also happen because of the regime of truth of neoliberal politics and a bureaucratic state that makes it hard for anti-corruption changes to be done. We also have to delve deeper into the culture and dominance of a system because this could lead to the flourishing of corruption well within it.

Can the role of religion be included in combating or preventing corruption in the future?

I still believe that religion is one of the other ways to fight corruption. Religious leaders must provide examples of anti-corruption behavior, so the people and citizens can become aware of it. In addition, the sermon does not always have to be transcendental but also refers to real empirical life.

Religious leaders are also expected to understand the global economy’s geopolitical map to know the challenge religion faces in the neoliberal era. Not only focusing on religion but also conducting a thorough analysis. Another dimension of the problem must be tackled first: law enforcement to provide a deterrent effect, such as examining and confiscating all assets as a form of accountability for the perpetrators. Religious leaders should speak up first regarding this issue to create clean and honest politics. Of course, with complex dilemmas or problems.

With a reasonably high corruption rate from year to year, is it possible for Indonesia to have any hope of being free from corruption?

I can only rely on my expectations. I have always fought in the world of education as a growing arena for the millennial generation. Many ways can be done so that corrupt behavior does not occur. One of them is with advanced technology called a datacracy to cut corruption. Imagine if the retribution of tourist objects uses a digital application and is paid through electronic money, everything will be recorded. Our retribution will be a lot and can be used for anything. However, we do not have a transparent and accountable system in place. I hope the millennial generation will be able to turn things around by cutting bureaucracy through a datacracy system.

I am optimistic that the millennial generation has a powerful weapon. They have critical and creative thinking in seeing the geopolitical map of the global economy and can utilize technology to create a transparent and accountable system. As a people, we must also have a critical dimension to ensure that social purity can be built together.