Pos Teratas
Student Movement is Timeless; Student Government, Meanwhile, is...
Afghan Women: Their Shackles and Concerns
Reducing Pollution Through Habitual Walking Lifestyle
The Absence of Law Enforcement in Handling Sexual...
A Brief History of Discourse on Animals in...
ARTJOG: About Time, The Past Always Sold
Student’s Freedom of Speech Under The Shadow of...
Tracing The OGBV Cases Management During Pandemic in...
Student Demands amid the Unclearness of Gelanggang Mahasiwa...
World AIDS Day Commemoration: Discrimination and Social Stigma...
FeaturesNews 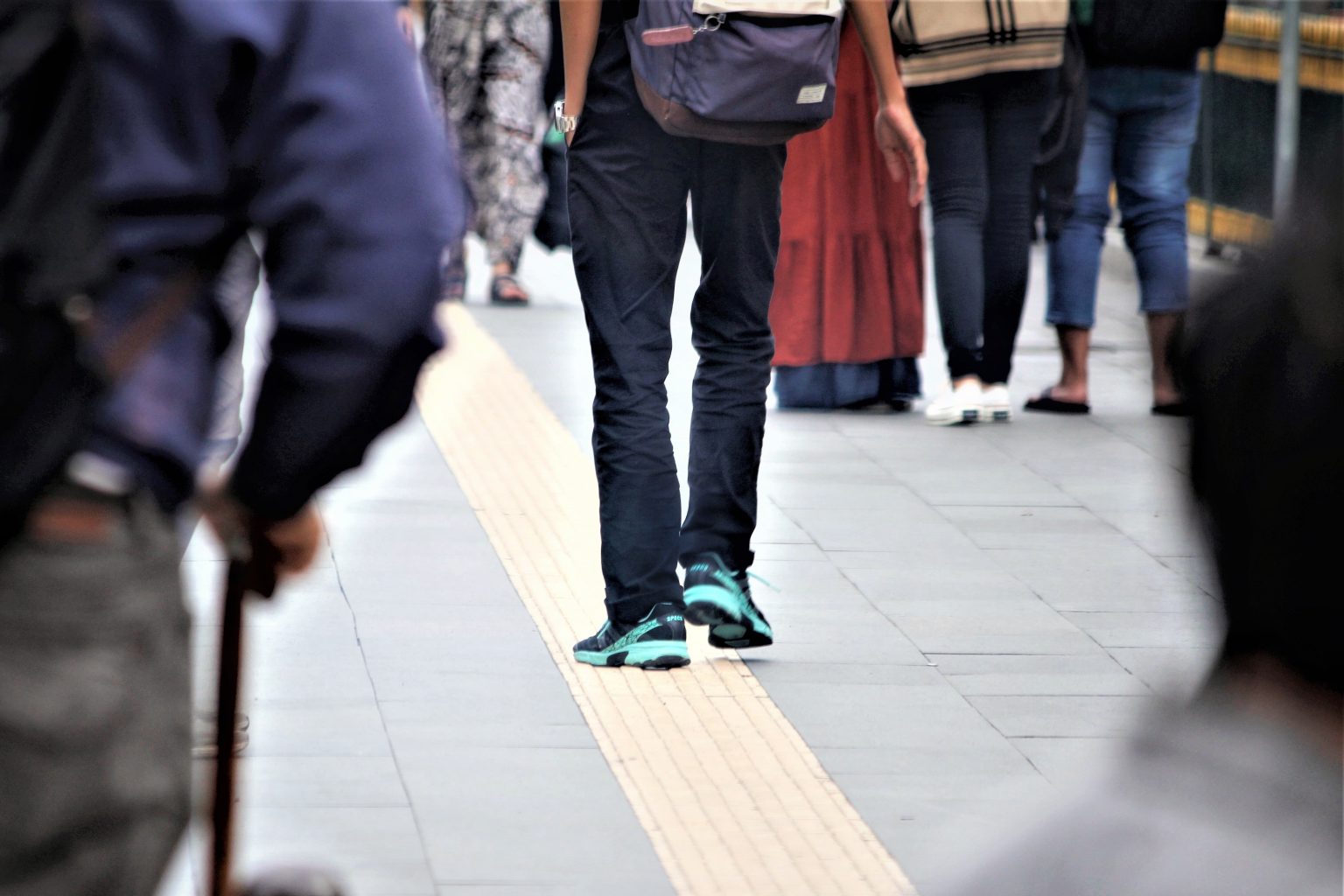 This article was originally written and published in bahasa Indonesia on 3 December 2021.

Intense light sparked through the window, drifting off its ray to the laptop which reflects the existence of a man wearing glasses with a black hat on his head. The man is called Abiyyi Yahya Hakim, one of the founders of Komunitas Pedestrian Jogja, which was met online by the Balairung Team on Tuesday (9-11). With a virtual background that said “Habitual walking as a solution to reduce pollution,” Abiyyi told us about the intention of that poster. That blue-colored background poster with black on its fonts, for Abiyyi, is made to become one of the actions in campaigning the practice of habitual walking. “Habitual walking will surely become a solution for us to reduce pollution,” he said in the opening of the conversation that day.

After he finished the story behind his virtual background, Abiyyi complained about the lack of support and interest from society for habitual walking. “The members of Koalisi Pejalan Kaki just consist of ourselves, we do not have too many expectations because all this time the member had just come and gone,” he said. He added that compared to the cycling community, the movement of habitual walking has much less enthusiasm.

In line with Abiyyi about the low enthusiasm for habitual walking, Stanford University also explained that Indonesian people only averaged 3,513 steps per day in 2017. If we look at that data, Indonesian people rarely walk, compared with the average of global walker’s steps, which is five thousand steps per day. Resumption of Abiyyi words, this data shows that the interest of people to walk in Indonesia is still low.

Responding to Abiyyi’s complaint, Dhimas Bayu Anindhito, Lecturer in the Faculty of Engineering Universitas Gadjah Mada, explained the fact that the urge to walk in Indonesia is still low. With a narrative style, he explained two reasons that induce those tendencies. “The first reason is the climate condition in Indonesia,” he said. Dhimas stated that the climate in Indonesia is too hot until it brings inconvenient temperatures for people to walk in the street.

Dhimas also added that the government at the national level had initiated a technical planning guide for sidewalks. This statement is strengthened with the Official Letter from the Minister of Public Works and Housing number 02/SE/M/2018 in 2018. Afterward, from that official letter, the Construction of Building and Civil Engineering Guidebook: Technical Facility Plan for Pedestrians book is published. In the preface, that book is supposed to guide policymakers, planners, organizers, or practitioners to provide facilities for pedestrians in urban cities.

Responding to Dhimas’s opinion about pedestrians, Darmaningtyas, the founder of an NGO called Inisiatif Strategis untuk Transportasi, explained the track record of habitual walking in Indonesia. In the 80s, there was a trend to use non-motorized vehicles, such as walking or using bicycles and public transportations. Afterward, he continued, in the 90s era and so on, there was a shift into motorized vehicles.

Darmaningtyas explained that phenomenon as the manifestation of cultural transition in society. He reminded us that the habitual walking lifestyle in this cultural transition era has its own challenges. Those challenges, quoting him, are connected with the interest of those people that choose to walk. “Habitual walking is hard to cultivate because it is rare for an individual to go outside intentionally with just walking,” he said.

Besides the shift of trends, the mileage problem also got some attention from Darmaningtyas. According to him, walking activity will be suitable for daily activities with near radius mileage. “Five hundred meters is the ideal distance, if more than that, people will get inert to walk,” he stated. He argued that the conditions that will develop the culture of habitual walking are the supporting facilities that need to be constructed around any street classes. Darmaningtyas hoped for the procurement of sidewalks facilities in the main street, collector street, and even neighborhood street.

Regarding the sidewalks, Dhimas identified two criteria of sidewalks. First, the existence of canopies from trees around the sidewalk area. Second, the condition of street equipment such as street lamps, bins, and little barrier poles. “So, pedestrians could pass those little barrier poles, but not with motorized vehicles,” he said. Dhimas also added that there is a need for a clear distinction between the sidewalk and the main street to assure the safety of pedestrians.

While fixing his glasses position several times, Ahmes Syahda, a student practicing habitual walking, said that many people only consider being healthy as the only benefit of habitual walking. However, in his opinion, the benefits of habitual walking are more than that. He stated that by walking, many people would have known more about their neighborhood compared to when they used motorcycles. “With walking, we will have more knowledge about our surroundings,” he explained.

Nevertheless, with all the beneficial impacts on its implementation, Ahmes added that habitual walking would not be the only effective option to reduce pollution. For more than seven hundred meters mileage, bicycles and public transportations would be the other feasible options. “Walkings will always be accompanied by the utilization of public transportations or bicycles to reduce the pollution,” he explained.

In line with Abiyyi, Darmaningtyas also mentioned that the habitual walking lifestyle is a concrete action to preserve the ecosystem. He also said that habitual walking will offer some benefits. For Darmaningtyas, walking will reduce air and sound pollution and save the non-renewable fuels. “The city or the area that has no pollution, its well-being, both in physical or psychic aspects, will increase,” he said.

The sun slowly shifted its direction as its light began to fade. Corresponding with the sound of the window and door that had been closed, the discussion with Abiyyi soon came to an end. With a hopeful voice, Abiyyi said that development is all about the process. In his opinion, the development of a city is a complex thing, so that it would need comprehensive solutions. “There must be a collaboration between community, government, and society,” he said. He closed the discussion with a restatement, for cities to achieve a pollution-free situation, habitual walking could be the solution.