Pos Teratas
Reducing Pollution Through Habitual Walking Lifestyle
The Absence of Law Enforcement in Handling Sexual...
A Brief History of Discourse on Animals in...
ARTJOG: About Time, The Past Always Sold
Student’s Freedom of Speech Under The Shadow of...
Tracing The OGBV Cases Management During Pandemic in...
Student Demands amid the Unclearness of Gelanggang Mahasiwa...
World AIDS Day Commemoration: Discrimination and Social Stigma...
Hypnotherapy, Alternative Complementary Therapy to Support Mental Health
EwasteRJ and Indonesia’s Electronic Waste Crisis
Interview

The Voice of Movement on Indonesian Climate Crisis Policy 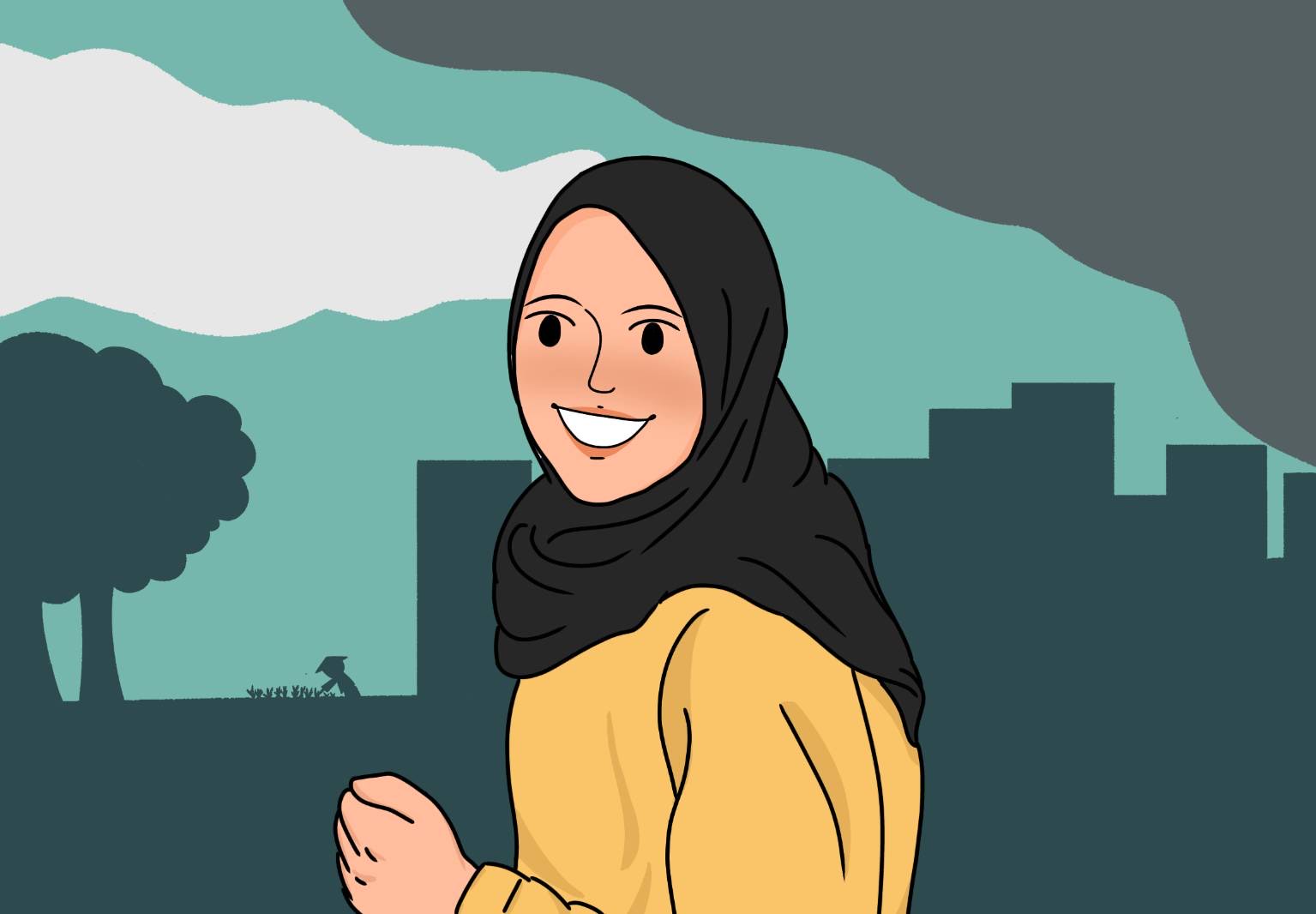 The Intergovernmental Panel on Climate Change (IPCC) declares that we only have 12 years maximum to prevent climate disasters. This statement is not baseless since the increasing temperature has reached 1 C over the pre-industrial average. Unfortunately, most people and the government only put one eye on this issue.

Reacting to this issue, Balairung interviewed Novita Indri, an environmentalist and a coordinator to several anti-climate crisis campaigns in Indonesia, who also published Executive Summary on analysis about climate policy in Indonesia under Wahana Lingkungan Hidup Indonesia (WALHI). In this interview, Novita explains how sluggish is the policy and government’s commitment to the Paris Agreement and the challenge of the anti-climate crisis in Indonesia while handling the COVID-19 pandemic.

How is your view about the climate crisis globally?

This already occurred climate crisis is a humanity problem and should have been everyone’s responsibility. Natural phenomena such as flood, drought, La Nina, El Nino, and season-shifting are closely related to the climate crisis because of their unpredictable frequencies and intensities. Today is the time we realize this issue, and we are trying to slow down the climate crisis by contributing to small things like changing eating habits, reducing plastic use and personal transportation.

The Paris Agreement was issued in 2015 to suppress the emission rate and prevent the global temperature to reach 2 degree Celsius with a maximum limit under 1,5 degree Celsius. Indonesia ratified the Paris Agreement in 2016 and established NDC for the first time, giving an emission reduction target of 29% in the year 2030 and 41% in the same year if there are any international cooperation, followed by mitigation and adaptation to reach the challenge. However, I do not know the contribution globally because of a lack of information about NDC development.

Do the actions done by the Indonesian government already meet Indonesia’s NDC?

Our target is actually clear enough compared to the other countries. However, the targets set are still followed by the severely low and unsynchronized actual implementation. The emission of the year 2016-2018 even got worse. As an extension, Rencana Usaha Penyediaan Tenaga Listrik (RUPTL) from the Ministry of Energy and Mineral Resources 2018-2029 has been seen even as an encumbrance of the reduction of NDC emission. As stated by them, the usage of coal for electrical energy is one of the significant contributions of greenhouse gasses. Even worse, some confusing policies were issued between institutions like Bappenas and the Ministry of Environment and Forestry. Low Carbon Development Indonesia (LCDI) 2018 released by Bappenas is deemed more comprehensive than one released by the Ministry of Environment and Forestry of the Republic of Indonesia.

Within Indonesia’s NDC, Indonesia was targeting emission reduction by 29% (unconditional) with Indonesia’s self-effort and by 41% with international cooperation from business as usual by the year 2030. Will Indonesia be able to achieve that specified target?

Since the IPCC report of 2018, numerous youth actions (e.g., Greta Thunberg’s movement, Fridays for Future in Europe, and Sunrise Movement in the US) have flourished rapidly to urge pressure towards the government to raise ambition to battle the climate crisis. Does Indonesia have a similar movement as a form of society’s concern regarding Indonesia’s climate policies?

Indonesia has done such movements, the actual example named “Jeda untuk Iklim”. This movement has gained a warm welcome from society. It was shown from the change generated by the movement, a growing number of people are aware of climate change impacts. However, the government and the Ministry of Environment and Forestry themselves were still out-of-reach and had not been involved enough in discussions related to Indonesia’s climate issue.

The entire climate change actions being done by this stage never pressure the government to take nor implement a particular policy. These actions were more focused on expressing disappointment about the government’s insignificant response in battling climate change issues. All discussions about policy making, we gave that up to the related government since we had no capability and capacity to interfere with the process. Despite this, we still strongly demand our voices be heard and taken seriously in the policy-making decision. Considering the status quo, the government still put aside the environmental sector yet still allocated a bigger focus on the economy or social sectors.

Within the national or even national scale, environmental actions and anti-climate crisis movements now have been facing an obstruction: the pandemic. What actions should be taken in order to maintain these actions?

We oversee this pandemic as timing to shift to digital platforms. Digital movements are indeed not as strong and massive as field movements, but digital movements surely improve our creativity in making such awakening actions. A concrete example is shown in `Extinction Rebellion, a program called “Tua Muda Petuah Kita”. We bridge two different generations, the boomer and millennial, to express audiovisual art together through this program. Besides the program, in September, I also coordinate “Jeda untuk Iklim Digital”, a project presenting unheard voices of our friends. They are our friends in Kinipan whose culture is currently being interfered with and our friends in Kalimantan who face the coal void that currently takes lives. This accurately pictures the current condition of Indonesia.

According to Presentation Deck-Analisis Kebijakan Iklim Indonesia ( Indonesia’s Climate Policies Analysis), which you and Walhi have published, there was an idea about cross-generations justice from Weiss. The actual implementation of that idea being formed in three main points: option protection, access, and quality. How will the idea be a solution and fundamental of Indonesia’s government policies in committing the Paris Agreement? Is the NDC policy enough to approach all three main points mentioned?

When we did the desk study, we found many policies related to Indonesia’s climate and environment. Apparently, the existing policies were much focused on economic approach and not paying much consideration in battling the actual issue, climate and environmental sector. To this extent, the three points about cross-generations justice mentioned were also not elaborated enough in Indonesia’s NCD document.

We also hosted a desk study presentation inviting the related government institution. At first, the government agreed but strangely canceled their attendance immediately as soon as the presentation was about to start. For no substantial reason, apparently.

When it comes to the idea of cross-generations justice, this is not only justice for the future but also for the present and the past. The disruption nowadays is happening because of the less serious past policies from the past generation. Nowadays, present and future generations have the right to utilize all the natural resources, on the contrary, we are having a battle with earth disruption. They deserve justice.

What are your hopes for future green and the climate movement in Indonesia?

I hope more people can be involved in sharing thoughts and perspectives about the urgency of the issue. The most minor step matters. Our tiny moves count and bring an actual contribution to raise the issues in the public eye. I hope more layers of society are aware of environmental disruption and climate change because we live on the same earth and have to keep pressuring the government to act!