Surviving and Recovering from the Trauma of Sexual Violence 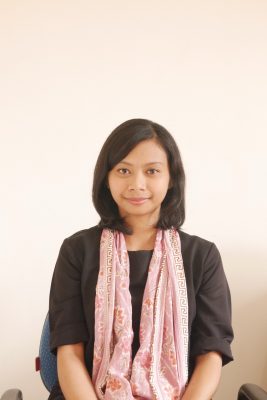 “The criminal law is crippled if it does not talk about the interest of victims,” said Sri Wiyanti Eddyono in a balairungpress.com article about the Draft Bill on the Elimination of Sexual Violence (RUU PKS). RUU PKS is s deemed capable of creating a breath of fresh air to legal certainty for victims of sexual violence. This is because RUU PKS is drafted by looking at the perspective of victims of sexual violence, who have been ignored by criminal law and society. One of its content is Article 22-31, which regulates the handling, protection, and recovery of victims. These articles also emphasize the psychological healing and strengthening of victims.

From this view, BALAIRUNG had the opportunity to interview an Adult Clinical Psychologist, Danika Nurkalista from the Pulih Foundation. Founded in 2002, Pulih Foundation was formed to meet the need for psychological services in the community that focus on psychosocial. Having been a staff at the Pulih Foundation for the past six years, Danika now serves as the Case Coordinator and Direct Psychology Services. Danika focuses on mental health, counseling, and post-traumatic handling, especially violence against women and children, Gender-Based Violence (KBG), human rights, and other social issues. In the interview, Danika provided many new perspectives on the recovery of victims of sexual violence.

What are the forms of KBG that occur in society?

KBG has several forms, for example, domestic violence, violence in relationships, sexual violence, persecution, and others. We often encounter cases like these in the community. KBG is also prone to occur in situations of disaster or displacement. Considering that Indonesia is prone to natural disasters, these issues have actually been given less attention. Even though in critical situations such as disasters, other cases of violence against women and children also occur. Pulih’s existence itself is to fill the cleavage of psychological services in the community, especially issues related to Gender-Based Violence and trauma management for survivors.

A person is said to be a victim when they are still in a situation of experiencing repeated violence. Survivors are people who struggle from violence (survivor of violence). A victim of sexual violence who comes dares to speak up, and wants to go through the healing process are the ones who have endeavored. A survivor is a person who has a voice, is empowered, has strength, and is not a passive victim. People who are called survivors on average have struggled from the effects of violent experiences. By initiating recovery, reporting on, and willing to get out of the extraordinary situation that has shaken them.

The facts show that there are still many survivors of sexual violence who refuse to talk, what makes them like that?

Fear of public response. So far, most of what happens are victim-blaming, namely, the community does not see the context of the violation but sees the situation as being constituted by the victim’s condition. This causes survivors to experience multiple clinical reactions, namely, when victims of sexual violence become victims again and the perpetrator is the system or the society. Psychologically, this causes feelings of fear, shame, and other traumatic effects that cause a person not to report directly. The impact is multi-layered for the victim so that the recovery process can be elongated.

What is the impact of sexual violence?

It causes fear, makes someone feel helpless, threatens their physical, mental, and psychological integrity. When a threat such as violence occurs, a person can be shaken psychologically to the point of causing a change in behavior. The impact is on the same for everyone and depends on many factors, one of which is the intensity of the traumatic incident and also the person’s personality.

How do traumatic incidents affect the victim?

A life-threatening event must have an impact, even if people judge there is none. When or how the impact is different for everyone because experiences can be perceived differently and a person’s process of dealing with trauma is different. The characteristics of someone who has experienced trauma are not only gloomy, there are also those who are hyperactive. For example, they cannot stay silent, is enthusiastic, has abundant energy, and do not stop talking. But what is certain is that traumatic events cause changes in behavior and take different forms for each person.

How long does it take for a survivor to experience a traumatic event to come for counseling?

Generally, survivors who come have experienced traumatic events for some time, so they don’t come right away. When they experience sexual violence for the first time, the victim will usually look for a safe place and the closest services first. After some period, the victim will come to recover in a psychological counseling session, ranging from several days to a week or two. There are those who just realize now that in the past they had experienced sexual violence. There are even those that happened eight to ten years ago, but the impact is still there, so they need counseling.

Is it possible for the survivor to feel the impact too late?

It can happen, called the delay effect, where some people who experience traumatic events in childhood or adolescence only realize when they have started puberty or after marriage. The incident during their childhood had an impact until they grew up. A person only realizes the impact at a certain point, or before they do not understand that a traumatic incident is a form of sexual violence.

What is the point of view used by the Pulih Foundation in assisting the recovery of victims of sexual violence?

Is there a separate method used to treat sexual violence?

The impact of violence varies, so the methods used are also adapted to the characteristics of a person and their social environment. Also adjusted to the dynamics of each person because the counseling process varies depending on the complaints and psychological needs. The more supportive the social environment is, usually the better the process. Because we use a psychosocial perspective, Pulih Foundation does not use drugs but uses counseling techniques according to the stages.

What is the goal of the recovery itself?

The aim is to help survivors know what responses are appropriate in traumatic conditions. So that survivors can make their own choices and understand the aftermath of their own decisions. The survivor’s power to make decisions is one of the elements that help the recovery process.

How long does the recovery take?

Everyone is different because it depends on the experience and the characteristics of each person, it could be quite a long time. The recovery process is not a race. Recovery must be undertaken according to the respective tempo, some can take months to years. It is also worth remembering that everyone experiences different dynamics during recovery.

As the immediate environment, What role does the family play during the recovery process?

The hope is that the family will be able to support and provide the victims’ needs appropriately and help lead to wise decisions. In quite stressful situations people may not be able to make careful decisions. So that it requires other people to find those better choices. It should also be noted that the victim’s decision is in their own hands, not in the hands of their parents or family, especially, when they are an adult.

How about handling counseling for offenders?

What is the difference between counseling for survivors and offenders?

For survivors, the goal of the counseling is to empower them, alleviate them from the symptoms of stress-induced after the incidents. As for the offender, the goal is to manage risky behavior and reduce the possibility of the offender repeating his actions in the future. Counseling for offenders has specific goal points. In addition, there is also an agreement between the perpetrator and the counselor that they will not commit violence during the rehabilitation counseling process.

Are there specific things that must be met for sexual violence offenders during counseling?

The most important thing is that they must know that their behavior is wrong and that must be comprehended deeply. Not only knowledge but also realizing that their actions are harmful. It is important for the offender to understand the consequences, if the consequences is to be reprimanded then it depends on the policies of each institution.

How does punishment for perpetrators of sexual violence affect survivors?

So far, the legal system in Indonesia has covered the grounds for punishments, but not about the prevention of recidivism. Even though this is also an important point. It is hoped that the punishment for the offender will help the survivor to feel justice. What kind of justice the survivors want, it must be asked of them. Because by making survivors get justice, it helps them feel safer and helps their recovery.

What is the best advice a layperson can give when hearing a story from a friend who has experienced violence?

First, make them feel safe. If the person has recently been abused, consider whether they currently feel safe. If the situation is still dangerous then suggest looking for a safer place. For example, when a victim of sexual harassment is teased and followed by the offender calls and is confused about where to go. Suggest looking for a quick and easy to reach location such as a shop, supermarket, or pharmacy. Then, as long as the victim tells a story, don’t judge or interrupt the story ask what their needs were at that time.

For people who have heard or often heard stories about handling cases of sexual harassment and violence, is there an impact?

There is a vulnerability of its own for people who experience and handle cases like this. Because you keep being exposed, hearing, accompanying, seeing these cases. The impact is saturation, fatigue, and secondary trauma. One of the most dangerous is secondary trauma. Where people who often listen to stories, service providers, or assistants feel the impact of the trauma even though they have not experienced what the beneficiary or the person telling the story has.

How can it be prevented?

There are several precautions, one of which is to maintain a work-life balance. If the effects of secondary trauma or stress arise, it is wise to take a month or two months absent from handling cases. Another alternative is to do professional counseling, not just peer counseling. In this case, the main psychologist also needs another psychologist. Prevention like this does not only apply to psychologists who often handle cases, but also to people who often hear and assist cases of sexual violence. If you have experienced signs of psychological fatigue, the most important thing to do is share to understand the case, or to friends to understand the case so that the burden feels lighter.