Pos Teratas
The Dilemma of Informants’ Anonymity in Journalism
Polri’s Reform is Necessary, While the 2045 Vision...
Consumer Security and Privacy Threats in E-Commerce Data...
Religion and the High Level of Corruption in...
Student Movement is Timeless; Student Government, Meanwhile, is...
Afghan Women: Their Shackles and Concerns
Reducing Pollution Through Habitual Walking Lifestyle
Download IDM Crack 6.41 | 32-64 bit [2023]
The Absence of Law Enforcement in Handling Sexual...
A Brief History of Discourse on Animals in...
FeaturesNews 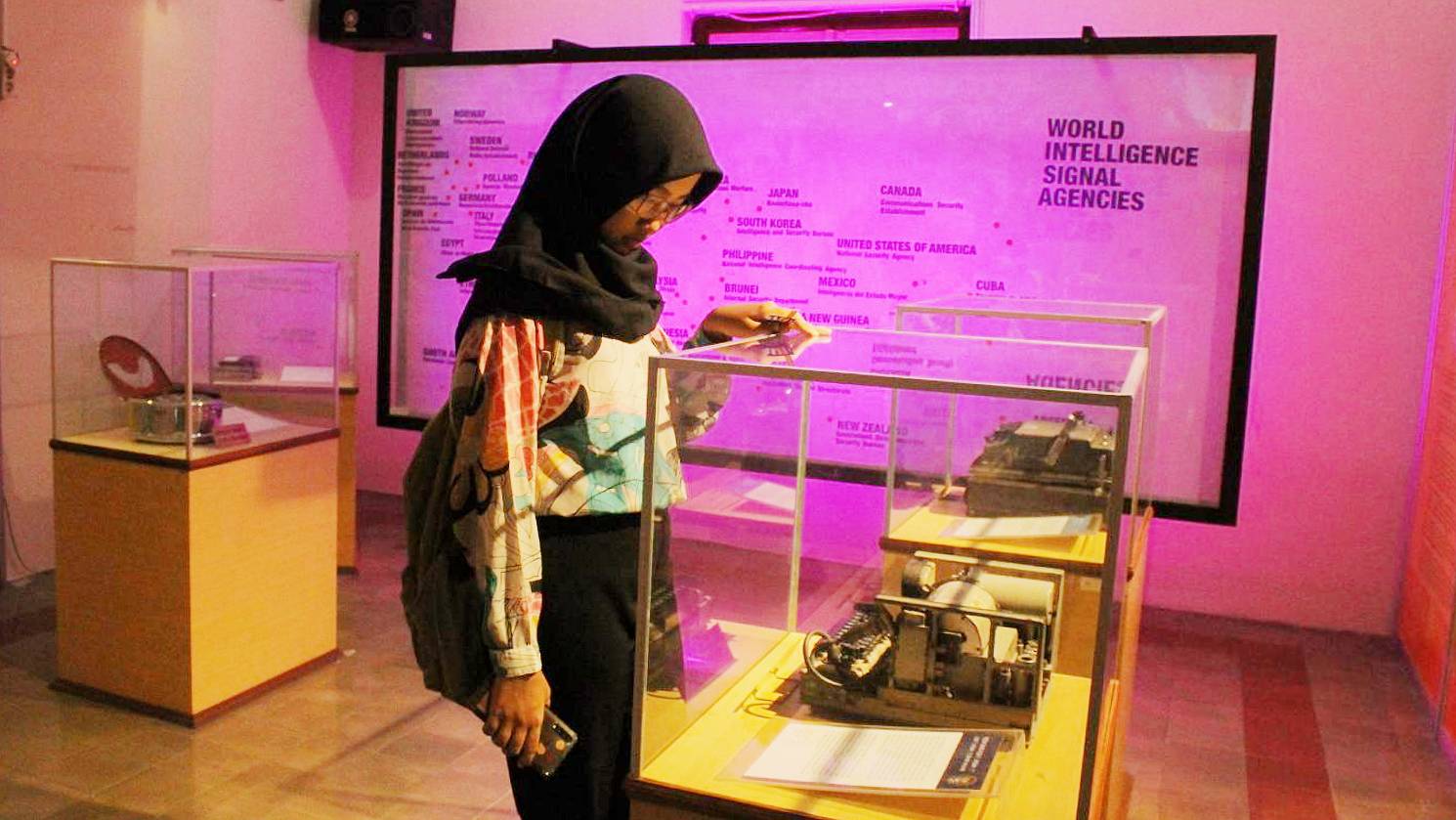 The characteristics of colonial architecture with an indies stylization can be seen in the facade of the Cipher Museum building. The building consists of two floors and is flanked by a pavilion and a library. Balairung had the opportunity to visit the Cipher Museum on Saturday (07-03). The museum lobby is located in a box-shaped room with two doors facing each on either side. “Remember, just one person’s negligence is enough to cause the collapse of the country.” The sentence was emblazoned on the surface of rock between the two doors.

Colorful footprint stickers are stuck to the floor to mark the route to be followed. Before exploring the museum, visitors are asked to fill in the guest list at the reception desk, which is located to the right of the entrance. While on the left, there are stairs to go up to the second floor. A man in a batik dress stands behind the reception desk. He was the museum guide who was on duty at that time, Irawan Haris.

Haris came to greet with a warm smile on his face, he then handed a piece of paper which was a collection of Caesar cipher guidelines.

The Cipher Museum is the only encryption museum in Asia. In the world, there are only three coding museums, namely in the United States, England, and Indonesia. The Cipher Museum is a realization of the recommendations of the senior coders who compiled coding books in 1991. These recommendations began to be widely implemented, starting with the construction of the Sanapati Monument, to tracing the struggles of coders in the Second Military Aggression. After that, work on the construction of a new museum began. 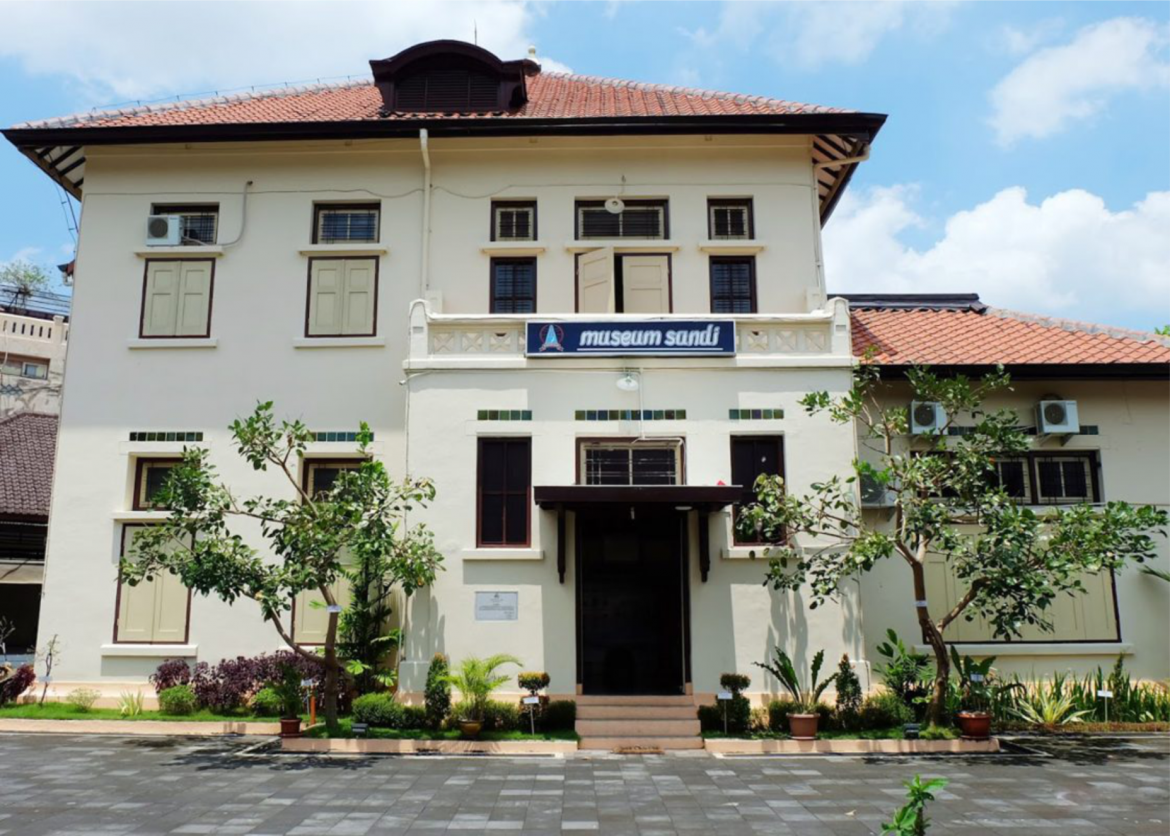 After receiving an explanation about the Cipher Museum in the lobby, we were then guided to the introduction room. In that room, we watched a short film about the world history of coding. After watching the film, we went to explore the whole museum. From the first room to the last room, it contains a collection of ancient and modern cipher objects. Several rooms show dioramas about the struggle of cipher masters in defending Indonesian independence.

In the first room, there are cipher machine replicas of ancient Greece, ancient Egypt, and Persia. Here, visitors can interact with several collections directly because some collections are not covered with protective glass. Some of these collections are intended for visitors to interactively learn about classical codes. “The collection is not the original item, so if it is damaged we can make it again,” said Asnan, curator of the Cipher Museum. Continuing to the next room, there is a diorama regarding the formation of the Code Service, and replicas of ancient code tools such as Code Book C and cipher bike.

The footprints brought us to the second floor. In the character room there is a biography and espionage equipment from dr. Roebiono Kertopati, who is also the pioneer of the Code Service. Next to it is the global space, where there are modern cipher machines made locally and abroad. Arriving at the last room on the second floor, there is a large oval table in the middle of the room, with a soft chair surrounding it. There are also three computers standing on two sides of the room. The computers contained the Cipher Museum’s treatises from start to finish. 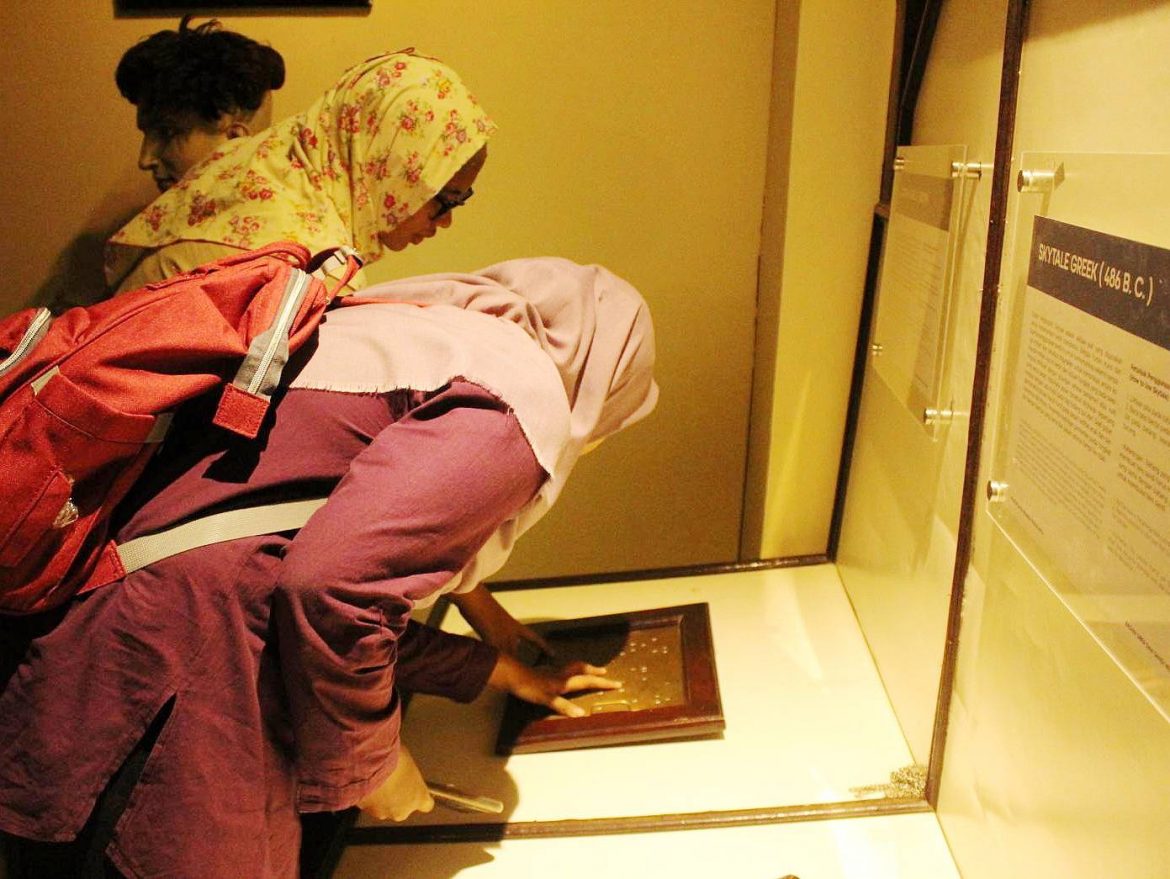 Despite its many advantages, cryptography still has its drawbacks. “The weakness of cryptography depends on the user,” said Setyo. One of these drawbacks is the presence of ransomware. This is a type of malware designed to blackmail by blocking the victim’s access to a computer system or its data until the victim pays a ransom. According to Setyo, the method used by ransomware to block access to its victims was abused by cryptographic techniques.

Meanwhile, Muhammad Zaki Riyanto, Cryptography lecturer at UIN Sunan Kalijaga Yogyakarta, gave an opinion on cryptography from a mathematical perspective. “Cryptography is a science that relies on mathematical techniques to deal with information security,” Zaki explained. According to Zaki, sufficient mathematical understanding is needed to understand cryptographic techniques, especially asymmetric cryptography. He also gave an example of an asymmetric cryptographic technique, namely the Rivest Shamir Adleman (RSA) Public Key. The technique used by RSA Public Key is that the party decrypting generates two large prime numbers. Large prime numbers are required so that n = p x q is challenging to factorize. Because, if the factorization of n = p x q is found, the secret decryption key can be found.

Zaki argues that cryptography plays a significant role in today’s modern era, especially when it comes to the flood of information. Currently, security information networks are being threatened by the arrival of quantum computers. This is because quantum computers are capable of factoring RSA Public Keys with prime numbers of any size, while RSA Public Key is one of the most common types of asymmetric cryptography used to secure data.

Responding to this, Zakir said modern cryptographers were developing post-quantum cryptography. This is a cryptography system designed in such a way that quantum computers cannot bypass the security system. “Cryptography should not have a bad impact, because cryptography’s original purpose was to secure data, not to expose it,” Zaki added.

According to Zaki, the password museum’s way of educating the general public regarding information security and cryptography is quite good. Even so, he also said there was a shortage in the Cipher Museum. According to him, there is an asymmetric cipher collection that is no longer displayed in the cryptic museum for no apparent reason.

Respond to this, Setyo said that the collection was not in accordance with the museum’s purpose. The museum aims to educate visitors about cryptography in an easy way. “We do not display the collection again because it is too complicated for visitors to understand,” said Setyo.

He explained that cryptography is indeed something complicated. “Not everyone has to master cryptography, but at least one needs to know the concept of cryptography,” said Setyo. In addition, according to him, cryptography is also easy to find. For all applications that we use today, the security system uses cryptography. Even so, the basic concepts of cryptography must be understood so that we can comprehend the importance of information security.

Dyah Ratih, a UGM student, initially thought that cryptography was just a set of codes that had to be translated. After visiting the Cipher Museum, Dyah realized that cryptography is much broader. For Dyah, this museum is suitable for the younger generations to visit, because the history of the coders in this museum is very inspiring. “This museum must reactivate its publication, because not many people know about this museum, especially since this is the only coding museum in Indonesia,” Dyah concluded.