Pos Teratas
Student Movement is Timeless; Student Government, Meanwhile, is...
Afghan Women: Their Shackles and Concerns
Reducing Pollution Through Habitual Walking Lifestyle
The Absence of Law Enforcement in Handling Sexual...
A Brief History of Discourse on Animals in...
ARTJOG: About Time, The Past Always Sold
Student’s Freedom of Speech Under The Shadow of...
Tracing The OGBV Cases Management During Pandemic in...
Student Demands amid the Unclearness of Gelanggang Mahasiwa...
World AIDS Day Commemoration: Discrimination and Social Stigma...
AnalysisScience

Transwomen in Subaltern Discourse: The Dilemma of Transwomen Identities, A Study on Transwomen Pesantren Al-Fatah Yogyakarta 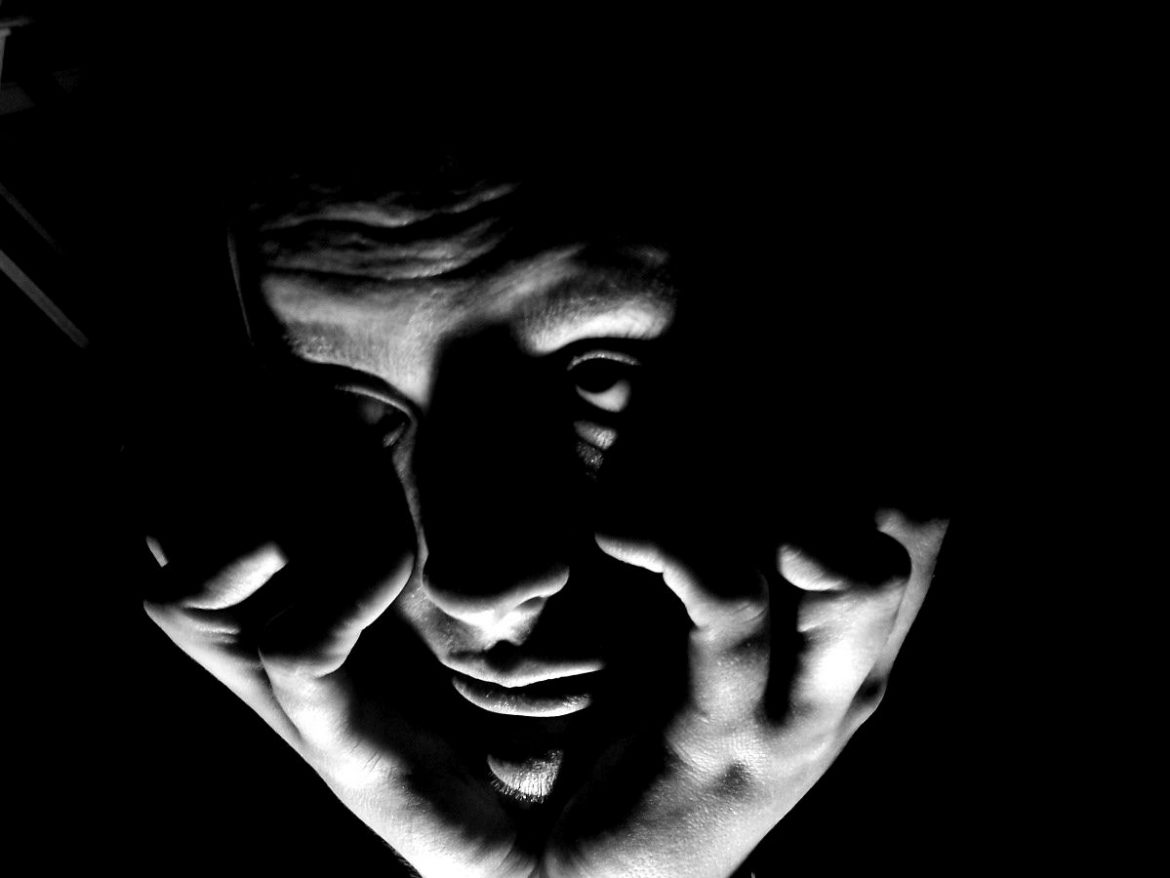 Transwomen refer to a group of subaltern class in the society of Yogyakarta’s social structure. The term subaltern is used to illustrate the subordinated class position as a result of the hegemonic ruling class. Transwomen are a part of vulnerable groups whose existence is alienated by both society and the state. In this article, the writer aims to elaborate on the ways in which oppression towards transwomen as a subaltern group manifests by utilizing the in-depth interview method. An in-depth interview is used to unpack the discriminative treatments that are often received by two santri[1] Mbak Nur and Mbak YS. At the end of this article, the writer recommends some steps that the government should undertake to protect the diversity of identities especially for transwomen in Indonesia.

In The Politics of Recognition, Charles Taylor emphasized that a constraint on an identity implies that there is oppression towards said identity. Subsequently, Taylor explained the importance of the state’s recognition of all identities. State’s recognition would reward the individuals or groups with the acknowledgment of the equality of different cultural values as well as the expression of human necessities’ complexity (Taylor, 1994).

Humans are complex and unique beings. Everyone is different and everyone has their own characters. Herbert Mead in his theory, The Self, Me and I, tried to conceptualize how those differences come into beings. According to Mead, there are two “spheres” in everyone that shape the diverse uniqueness of human beings. The first one is oneself (I), the passive and genuine self of every individual. The other is the social self (me), the result of socialization from the environment in which humans live (Melissa, 2017).

From those two selves born unique and diverse identities. The complicated problem that arises is that not all identities are deemed as acceptable. This rejection ensues because those identities are struggling in two groups, the majority, and the minority. The minority identity group is defined as a group with fewer members than those of the majority. Sociologically, those that are categorized as minority groups have to at least meet three preconditions. First, the members do not derive any benefit as a result of discrimination. Two, the solidarity among members of the group is built upon a “shared ownership”. Third, they are physically and socially alienated from the bigger community (Suaedy, 2012).

Minority groups are often isolated from the society with which they live. Their position within the societal setting is largely at a disadvantage. This condition intertwines with subaltern groups. This term was coined by Antonio Gramsci, who was referring to a subordinated group within the society that becomes the subject of the hegemonic ruling class (Morris, 2010).

In this article, the writer aims to elaborate on how discrimination against transwomen as a subaltern group occurs. Transwomen fall under the category of the subaltern class as this group is the subordinate of the ruling class. Who is this ruling class? In this case, they are the dominant socio-cultural structure that only recognizes male and female identities as the “normal” identities.

“This was started in the aftermath of the 2006 earthquake, (we) initiated a community praying event for the earthquake casualties and survivors. It was first facilitated by Kyai Haji Amroli who then asked us this question, why did you not continue this (the praying event) and establish it as a continuous activity, more than just a praying event? So that we can continuously study together. With that, this pesantren was built in Notoyudan in 2008. Initially, the pesantren was not in Kota Gede but (we) moved there in April 2014.” (Mbak Nur)

The existence of Transwomen Pesantren Al-Fatah has a strong connection with the earthquake that hit Yogyakarta in 2006. The 5,9 magnitude earthquake wrecked Yogyakarta in just 57 seconds. The disaster led transwomen in Yogyakarta to have a praying event. Following the praying event, Kyai Amroli suggested that there should be a religious event for transwomen. This idea from Kyai Amroli emanated because of the lack of religious learning facilities for transwomen.

Only in 2018 could then this idea from Kyai Amroli be actualized. Originally, the pesantren’s activities took place in the rented home of Bu Maryani which was located in Notoyudan. Bu Maryani was also the first leader of this pesantren. After Bu Maryani’s passing in 2014, the location of the pesantren moved to Kota Gede.

In Kota Gede, the transwomen santri live in Shinta Ratri’s home. This old house that was inherited from Shinta’s family is considered as the representative for the pesantren’s activities. The pesantren’s move to this new location corroborated Shinta as the leader of the pesantren replacing the late Bu Maryani.

“What’s unique here is that we never search for an ustadz, so they usually come here proposing with the intention to teach us. We never search for an ustadz firstly because we cannot afford to pay them. So from the start, the santri never pays to the pesantren, unlike other pesantren that usually require the santri to pay. Here the teaching is done voluntarily, this week we have just gotten a new ustadzah, a graduate (master degree) lecturer from UIN.” (Mbak YS)

The activities in Pesantren Al-Fatah are similar to those of the common pesantren. Here, the transwomen santri are studying how to recite the Al-Quran, praying together, and gaining religious knowledge. They learn together with ustadz and ustadzah from UIN Sunan Kalijaga. However, unlike any other pesantren that compels their santri to live in the pesantren, the santri here are free to either live together in the pesantren or just come to follow the activities.

The term subaltern was coined by an Italian thinker, Antonio Gramsci. He posited that this term refers to the subordinated social group, groups within the society that becomes the subject of the hegemony of the ruling class. Peasants, workers, and other groups that do not have an access to the hegemonic power can be categorized into the subaltern class. In other words, the subaltern relation is the relation of subjugating and subjugated (Reed, 2012).

Gayatri Spivak in her essay, Can the Subaltern Speak, elaborated that sub has three characteristics: first there is a constraint and within it works a mechanism of discrimination. Second, the inability to convey their aspiration of being subjugated. Third, the subaltern group does not possess the platform or space to voice out their condition, hence there is a need for intellectual groups to represent them and amplify their voices (Morris, 2010).

“As a transwoman, I was often being discriminated against, because it is related to (my) identity. The scale is smaller but hurtful. However, it (the attack) was not big and done in a group like it is today. It used to be more personal when I received harassment.” Mbak YS (a santri in Pesantren Al-Fatah)

A transwoman is a subaltern within the social structure of society in Yogyakarta. They are often being discriminated against by society and even their own families. One of the experiences uttered by Mbak YS is about the bullying that targets them. Undoubtedly, this affects the psychological condition of transwomen.

Transwomen also often received discriminative treatments from intolerant mass organizations. In Yogyakarta, there was a chain of terror messages that contained an action of solidarity to close the Transwomen Pesantren Al-Fatah in 2016. This terror was done by a mass organization that identified itself as a part of an Islamic organization. The reason behind this call for shutdown was because transwomen pesantren was deemed to be not in accordance with syariat Islam.

Those incidents are further confirming the position of transwomen as a subaltern. This oppression is the result of the dominating patriarchal system that considers sexualities in a binary position of only men and women. Hence, anything outside that position is viewed as “deviating” or becoming “the other.”

In his study about the queer theory, Michel Foucault argued that sexualities are a form of the socio-cultural construct within the society. A socio-cultural construct that subscribes to the patriarchy system is dense with the hegemony of masculinity. Furthermore, RW Cornell posited that the hegemony of masculinity places male traits above female traits. This is resulting in the marginalization of men with female traits which in this case is transwomen (Atkinson, 2015).

From this article, the writer can conclude that subjugation towards transwomen as a subaltern is not only carried out by the society but the practice is cultivated and condoned by the state. Transwomen are shackled in the domination of the patriarchal system, that sees genders in binary logic of women and men. The state is performing the act of omission towards these intolerant and discriminative behaviors towards transwomen.

The state should be able to accommodate the differing identities. In accordance with what Charles Taylor emphasized in his book The Politics of Recognition, the constraint of identity implies that a subjugation towards said identity occurs. By recognizing the diversity of identities, the state is providing them a platform of expression for unique individuals.

In the context of transwomen, the state must-sees transwomen from the citizenship (kewargaan) perspective. The idea of citizenship concentrates on how the society, which is composed of diverse identity groups can coexist by the virtue of the nation-state. With the existence of democracy, diversity should be embraced in the public sphere of a pluralistic society (Dwipayana, 2016).

Robert Hefner argued that a state can be considered as implementing the concept of citizenship in its social structure when the state discards the intention to suppress or remove diversity. On the contrary, the state answers to the challenge with peaceful and participatory endeavors. The citizenship perspective needs to be strived for, in order for a better public sphere to manifest. There are two indicators to measure the quality of a public sphere. First, the degree of inclusivity in the public sphere to accommodate and manage the existing diversity. Two, the deliberation carried out in the public sphere (Dwipayana, 2016).

In this regard, the state is accountable to manage the public sphere as a participatory platform for the people which consists of diverse identities. This management implies the protection of the public sphere that is free from the domination of a certain group, as well as facilitating all access to it for the people. In this case, the government has to facilitate a dialogue between the transwomen pesantren and a few contesting groups. The government has to be present in the effort to minimize any violence because the act cannot be tolerated.

[1] Santri refers to a group of pious and devout Muslim students, often live communally in pesantren, an Islamic boarding school.

Morris, R., 2010. Can the Subalterns Speak?: Relfection on the History of an Idea. In: Columbia: Columbia University Press.