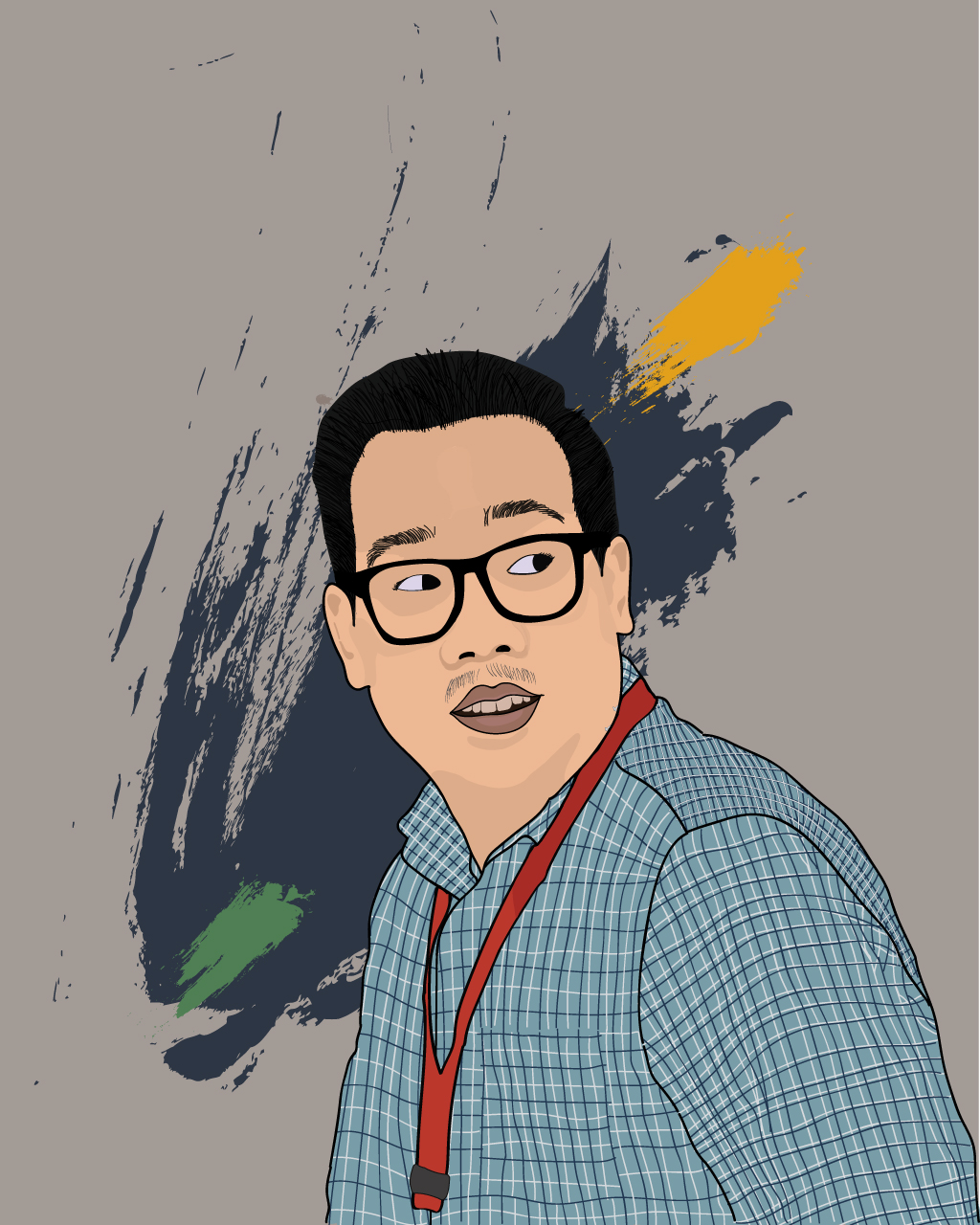 Recently, the Joko Widodo administration issued a Job Creation Bill (RUU Cipta Kerja). Although not directly targeting indigenous peoples, the Secretary-General of the Indigenous Peoples Alliance of the Archipelago (AMAN), Rukka Sombolinggi, expressed his objection to the bill. Through AMAN’s official website, he said that the Job Creation Bill could threaten indigenous peoples’ existence and their rights.

His statement was not unwarranted. Based on data from the Consortium of Agrarian Reform (KPA), there were 1,769 agrarian conflicts involving indigenous peoples, farmers, and rural communities in 2015-2018. From this data, AMAN identified nine locations for land investments that neglect the rights of indigenous peoples. Apart from investment issues, AMAN also found 125 indigenous communities in ten areas were victims of criminalization in forest areas.

On this basis, BALAIRUNG interviewed Tody Sasmitha Jiwa Utama, S.H., LL.M., a lecturer in customary law, Faculty of Law, Gadjah Mada University. He expressed his views on the influence of the Job Creation Bill on the lives of indigenous peoples. Although not explicitly reflected in the article, Tody considers the Job Creation Bill to open up spaces for more significant conflicts. Apart from that, he also regretted the country’s unpreparedness in providing a safety net in conflict resolution.

How are the conditions of the indigenous peoples today?

In addition, in Perda, the extent of customary territory is determined. However, so far, customary territories have often been claimed as state territory. Such claims are made through the state debt mechanism or when the state provides concessions to companies. As a result, the requirements for recognition in Perda are challenging to achieve. On the other hand, although there have been many Perda regulating indigenous peoples’ rights, they did not provide significant benefits. The existing Perda also cannot help indigenous peoples when dealing with intruding companies.

How are customary land tenure regulations implemented in reality?

So far, companies forcibly extracting customary lands have often occurred. This is because the land concession orientation has never considered whether this is a sacred forest or ancestral graves. However, this will be a problem for indigenous peoples when companies forcibly occupy their lands. Indigenous peoples do not have formal recognition, while companies have legal recognition through ministerial decrees (Surat Keputusan Menteri) or regional decrees regarding permits. When the informal is met formally and is resolved officially, we can already imagine the result.

Recently, the Job Creation Bill has become a hot topic. Although indirectly, there are indications that the bill is increasingly legitimizing this vulnerability. What exactly is the problem with this bill?

The Job Creation Bill was born from the developmentalism paradigm. This paradigm believes that only development and economic improvement can elevate our society. The problem is, when we’re talking about indigenous peoples, we also have to talk about the economic difficulties they often have to face. One example is what happened in Kampar, Riau. The price of natural rubber there can be more than ten thousand rupiahs per kilo. In this particular situation, the indigenous people can still eat; they can still survive. However, in the rainy season, they can’t even tap the natural rubber. Even if they could, its price would be below ten thousand rupiahs, far below the price of rice. Their primary income source only paid them that much. From this example, we have to question which exact development paradigm the bill will support? If this paradigm supports the interests of investment development, it will not be compatible with indigenous peoples and their prideful importance of indigenous identity. The bill’s direction is not to build a plural economy, but instead to build an economy with large investors who can enter and then determine the market. This is problematic.

If passed, to what extent the Job Creation Bill can change the lives of indigenous peoples?

If you read it article by article, nothing will suffice this change explicitly. However, if we further delve into it, the indigenous peoples’ problem is the struggle for a living space. Meanwhile, the Job Creation Bill provides opportunities for large investors to expand their land concessions. This, in turn, will suffocate indigenous people. If this living space is squeezed, morality standards are no longer important. Violence could be inevitable. Besides, the Job Creation Bill’s existence also causes indigenous people involved in conflicts to become opportunistic. That is, they will only think of ways to meet short-term needs.

What’s next to come is indigenous peoples’ dependence on companies for work. This dependence will first create economic vulnerability. Indigenous people who live with various production models now only depend on companies that are monocultural. Then secondly, it will create social vulnerability. Every company has a migration principle. They move from one place to another for land expansion; this includes moving towards customary lands. Company maneuvers like this have an orientation for working and earning money, not to build good relationships with others. This means that companies do not have the same interests as indigenous peoples. The company will intersect with already economically suffocated indigenous peoples with no other choice for their production model in such conditions. Thirdly, it will become a cultural problem. In some cases, narcotics have entered indigenous communities. As a result, indigenous youth orientation is no longer to guard their land, but on how to exploit their land to get benefits—what once was a fight for ecological sustainability, now disoriented. When the government came and asked the indigenous people to preserve nature, it would only be a nonsense request.

Does the Job Creation Bill have the potential to criminalize indigenous peoples?

Even without it, criminalization has happened a long time ago.

Does that mean the Job Creation Bill will legitimize the criminalization?

Yes. However, I don’t want to go that far. What I am sure about is that the Job Creation Bill will lead to more significant opportunities for conflict. If the resulting conflict leads to criminalization, it could then be legitimized. Or whether this conflict could lead to the same shooting cases of indigenous people, it could be. Criminalization is not a definite end. When we talk about conflict, a lot will happen there.

Can the Job Creation Bill affect the identity of indigenous peoples?

There is one thing that is often echoed by activists and people who defend indigenous peoples, and that is of indigenous peoples’ rejection of investment and development. Some refused, some were very open to investment and development. Does this have the potential to change identity? From an essentialist perspective, the answer is yes. It removes identity, removes language. The way they communicate will also change. This is not to mention the effects of intergenerational trauma or inherited trauma due to past conflicts. It changes the way indigenous peoples harbor a problem and the way they view their identity. If a grandfather has an indigenous identity and is shot dead by the authorities during the conflict, his grandson will surely not use his identity as an indigenous person.

However, just like what I stated before, some indigenous peoples might support investment. Company entrance into indigenous peoples’ territory can benefit them, such as from a deed of indemnity or land compensation. In fact, in some cases, there have been conflicts that arise from the unfair distribution of profits and not from land acquisition problems. Therefore, it needs to be understood that indigenous peoples’ typology on investment is different. Some are entirely intolerant of investment. Some agree on investment, as long as the compensation is companies meet fair or certain conditions. Here, identity will become a consequence. For me, the moral compass lies in whether the change in identity is something that the indigenous people themselves realize or want. It will only be a problem when they are not aware because the company manipulated or lured them.

Is there a potential for internal conflict?

Internal conflicts may occur, such as conflicts between the youths and the elders. “I don’t want to be like my grandfather or father. I want to work for a company,” for example. Conflict can also occur between customary elites, for example, in Sumatra. Some companies are in conflict with the customary elite. Then, the company pushed for the formation of a new customary institution. In essence, the company is sponsoring other elite institutions to fight against customary institutions that reject companies. Hence, as I said earlier, the Job Creation Bill will lead to more significant conflict opportunities. Both internal and external. Whatever the end, whether it is being criminalized or an ecological disaster, it will all vary greatly.

How is the preparedness of the state is facing such conflicts so far?

So far, Indonesia does not have a safeguard or safety net to deal with conflicts, especially those involving indigenous peoples. We do have a law for handling social conflicts (UU Penanganan Konflik Sosial). However, the law is not significant because it cannot act as a safety net. As for safety nets, the content will focus on what to do when a conflict occurs. It also contains steps that must be taken, aspects that must be considered, what must be respected, and what should not be overlooked in responding to conflicts. On the one hand, the Job Creation Bill opens up opportunities for more significant conflict; on the other hand, we do not have a safety net for this bill’s consequences. The only solution taken in a situation like this is coercion, namely through the police and the army.

If so, will pro-investment indigenous peoples be vulnerable to being manipulated by companies in order to smooth out concessions?

Very vulnerable. Companies naturally do not have moral standards to maintain the living space of indigenous peoples. Then comes the manipulation with offers of money or short-term support. In these conditions, the state should be present to maintain this relationship so that it is not imbalanced. The hope is that negotiations between the company and the customary community will be carried out fairly, respecting what the indigenous people want, and not at all an act of manipulation.

Can it be said that with creating this Job Creation Bill, the state is not present to protect indigenous peoples?

The problem is, we see the Job Creation Bill as imagining Suharto’s centralization when issuing policies. As if everything comes from the central and then will be implemented consistently and consequently in the regions. On the one hand, there is a chance that the regions choose instead to protect indigenous peoples. Or vice versa, the regions take advantage of the situation opened by the Job Creation Bill. I personally have no doubts about the assumption that development will improve people’s lives. However, when this development is directed at extractive development, such as a monocultural thing like mining, there is a tendency that there will be no such things as prosperous indigenous peoples. Autonomy exacerbates the situation because it will give rise to small kings and local elites. With the creation of the Job Creation Bill, it can be seen that the direction the government is referring to is unclear. Because this bill uses a macro approach, it has no regard for sensitivity. So, regarding whether it can be said that the state is not present to protect indigenous peoples, the one thing I see is that the state has no desire for that.