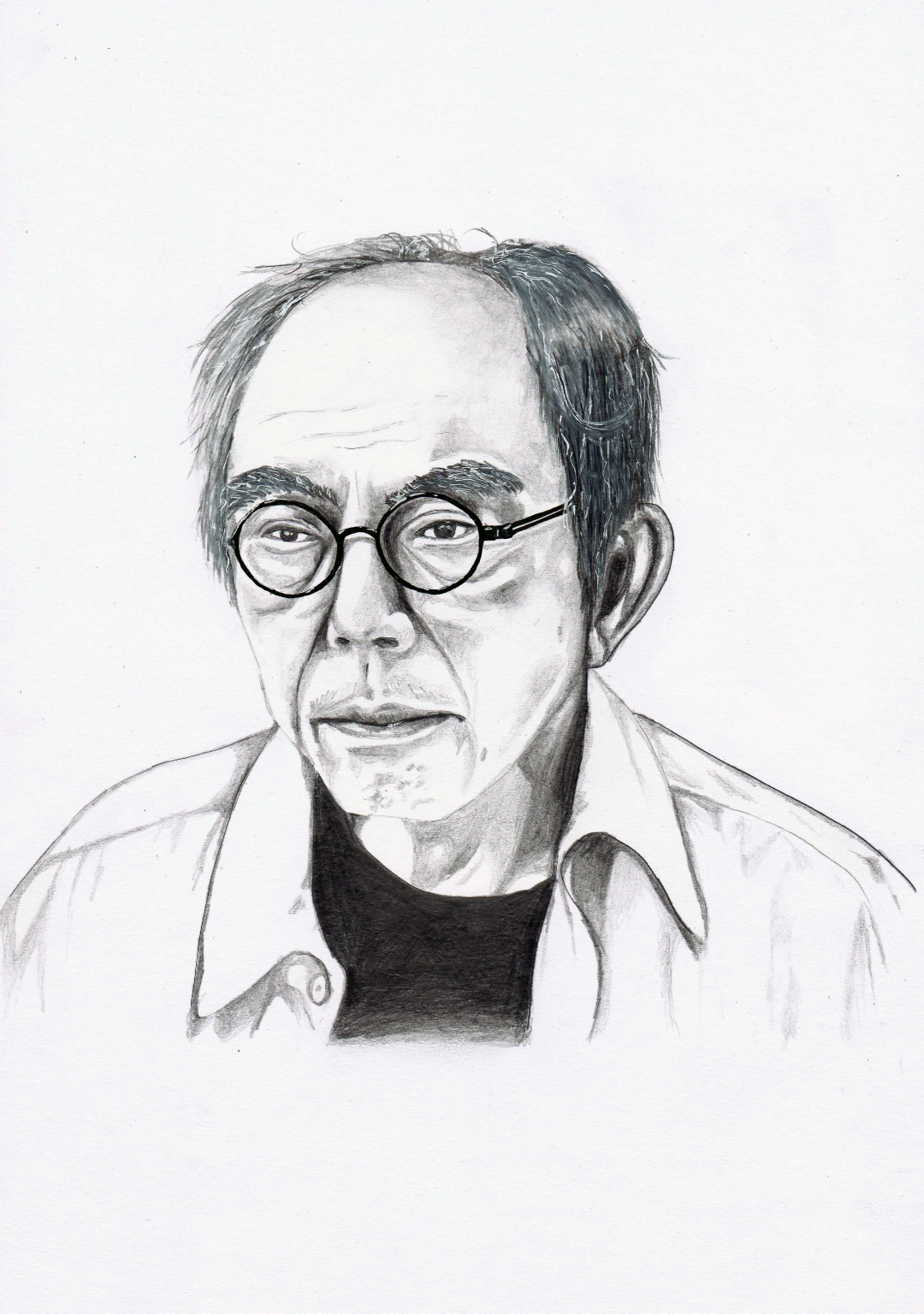 @Haifa/BALTalking about Indonesian education is endless. One of the discourses that are popular to discuss is how conservative the education concept is. The classical learning system with teachers as the center of the learning process has become a grip for the formal education system in Indonesia. Furthermore, the inflexible valuation indicators, therefore, construct it to be irrelevant to reality. For example, the National Exam (Ujian Nasional/UN) is considered unrepresentative to students’ learning process. The regimes keep changing, the UN abolition agenda constantly continuous. However, in reality, the UN remains because it is extremely challenging to rearrange the education system in Indonesia that has been this stagnant. It requires a radical blow to remodel Indonesian education conditions as of now.

Therefore, Balairung got the opportunity to interview Toto Rahardjo as someone who supports alternative education concepts. He applies this concept in his school, Sanggar Anak Alam (SALAM), located in Bantul, DIY. Furthermore, he is a culturist, writer, and also facilitator in some democratic education institutions. This conversation was done to deepen Totos Rahardjo’s view regarding education problems in Indonesia and his solutions through alternative education.

What is your view regarding the Indonesian education condition nowadays?

The schools’ conditions might be the same. Though the curriculum has changed the outcome is quite similar, the students are merely fed up with knowledge. It has happened to start from early education levels to universities, even UGM. Although the students are free to choose their research topics, the legitimation authority remains in the thesis supervisors’ hands. This example shows that students’ independence is solely a fantasy. Recently, Nadiem as the Minister of Education stated that there will be democracy in learning. My question is, are the prerequisites already enough? I do not know about it yet, we will see. Lecturers and teachers do not necessarily agree with the learning democracy concept. Because they enjoy their position as the center of knowledge.

What needs to be attempted first to reach the learning democracy?

Learning democracy should be principles, not a program. This principle should be preceded with certain requisite prerequisites to enforce it. Would the teachers be capable of liberating the students? Bear in mind that teachers and students’ interaction pattern is similar to the kings and their servants. Therefore it would be challenging to reach the learning democracy. I assume it is hard to determine which one should be solved first. For me, education problems have transformed into a tangled thread that is tough to disentangle and looking for the beginning and the end. The solutions? Just burn it all. Tear it down totally.

How is alternative education able to manifest democracy in learning?

Two main requirements need to be fulfilled to manifest learning democracy. First, independence from the technical sector, means that alternative education needs to separate itself from the administration regime. This kind of procedural work pattern requires the education organizers to report about this and that. Therefore, many of the education organizers in this era are non-independent. The teacher’s duty is merely to organize the reports at the moment. Hence, their time is wasted without having the chance to consider how to develop the learning methodology and the teachers themselves. Alternative education needs to step outside of that administration.

The second, the ideology aspect. There is no education that is neutral, meaning that all educations need to have certain objections. Today, this world is ruled by globalization where human is merely considered as consumers. Community groups that solely become followers belong to globalization products. If education had become a servant of globalization ideology, its orientation would be to produce students that suit the market needs. Whereas, the essence of education should be creating people to identify their self-potential and become independent. If it could not be independent of those two traps, it’s not an alternative.

What are the differences between alternative education and mainstream education?

The difference between those two relies on the learning basis. Instead of restraining the students with a course system, alternative education applying research as the learning basis for the sake of stimulating students’ curiosity. The research revolves around things that are close to them so they would be able to understand their local conditions. That is what hardly can be found in our education. For example, rural education which discusses somewhere far but not the rural itself.

Another factor that makes a difference is alternative education has been initiated and managed independently by communities since the beginning. Its scope is never higher than 500 people so as facilitating the decision making and monitoring the students. If schools accommodate students excessively, regulation to control the upcoming deviations is needed. If so, it will be tough to distinguish between school and farming.

What is your thought regarding the benchmark of education which tends to be absolut and numeric?

Absolut benchmark that is controlling, on the contrary, will only force us to the opposite of what becomes the object of education for humans itself. It happens when education should accommodate thousands of people. Therefore, an exam-like instrument is needed for things to proceed on track. In the end, humans would be projected merely as statistical numbers which are far from building complete humans. Hence, a student’s success parameter could not be judged limited to their exam scores.

What is a student’s success parameter in an alternative education concept?

Benchmarks and success. Those two terms often frame us to a materialistic way of life and mindset without valuing human and universe relations. The ‘success’ term is often misapprehending as an outcome of the competition. Whosoever wins the duel and competition, are the successful ones. In the realm of school, we must be familiar with ranking concepts and champions which both sacrifice the collectivity value.

The applied parameter today is also competition patterned. As a Programme for International Student Assessment (PISA), which is an education standard that constantly becomes an international reference. Thus, we need to chase other countries. What for? Is education a race? It would only make us forget to focus on self-development. Overlooking the reality around us.

Someone who can identify, cultivate and elaborate their self-potential are those who are successful and achievers one in the alternative education concept. It does not need to sacrifice the collective spirit and cooperation, no?

Talking about students’ liveliness, it has been initiated by the government through Kurikulum 13. So, what makes alternative education different from the existing curriculum/

Such a concept has been stated in the Active Students’ Learning Technique (CBSA) in 1984 that was influenced by the participatory paradigm. However, it needs to be examined whether the prerequisites have been fulfilled yet. Especially the teachers which were only provided a teaching competency, but not accompanying the students. Hence, the teaching activity is like pouring an empty glass.

Generally, there are many similarities between those two, though there are also differentiator points. First, alternative education’s learning form is based on research and exceptionally putting creativity and student initiative first. Teachers are limited to become a facilitator and discussing partners who guide their children. Through this model, thus generalized learning which is one of the problems that has not been solved by Kurikulum 13 could be finished. Such learning concepts can optimize the actualization process of student’s passions and talents which vary. Second, the difference to Kurikulum 13 which is still bounded to numbers, alternative education’s learning result rapport contains facilitators’ narrative notes on student’s development. Even more, in high school, rapports are written together with the students.

The zoning system becomes a solution for the government to parse the educational generalization. What is your response to this idea and the implementation of this system?

The zoning system is created for educational equalization. However, the government needs to arrange the system properly considering that many concepts contradict each other. How could the zoning system be applied if there are still favorite schools remaining? Also, the education facilities are uneven. The mapping of the area ought to be conducted first. How many schools are needed, how the curriculum will be applied, whether the teachers are sufficient has to be considered. Therefore, people do not have to go too far, let’s say, to UGM because this university is better than the one in their area.

The education paradigm remains to talk about the link and match to the national or international industry. Why not make it specifically for each area? Let’s say, education in Lampung, just make the curriculum so the graduates link and match with Lampung condition. However, it would be challenging to manifest for education has been exceptionally influenced by globalization which has faded the locality.

What are your criticisms of alternative education itself?

I have many. Especially for the educational institutions that proclaim themselves as alternatives but their mind is not. Occasionally, alternative education is used as a commodity. The number of frustrated elderly on conventional education becomes a niche for them to gain profit.

What are your hopes for Indonesia’s education’s future?

I do not have any. Considering that this problem has become a tangled thread. I do not have faith that this regime could fix this. Except there is a huge disaster and there are, let’s say, ten peoples, remaining. Maybe it would provoke them to think a bit better.

Probably one thing that I think about, is Romo Mangun’s words that education ought to become a Red Cross. Helping without seeing a fellow or enemy. Education has to produce critical ability, self-confidence, and bravery for the students. Whether they would later join the democracy so they are caught by the police comes later, or subverting them from the leadership chair is not the matter. However, in reality, Indonesian education is still busy taking care of how students follow the order, obedient, and so on. It overlooks its main job to sharpen the students’ critical common sense.