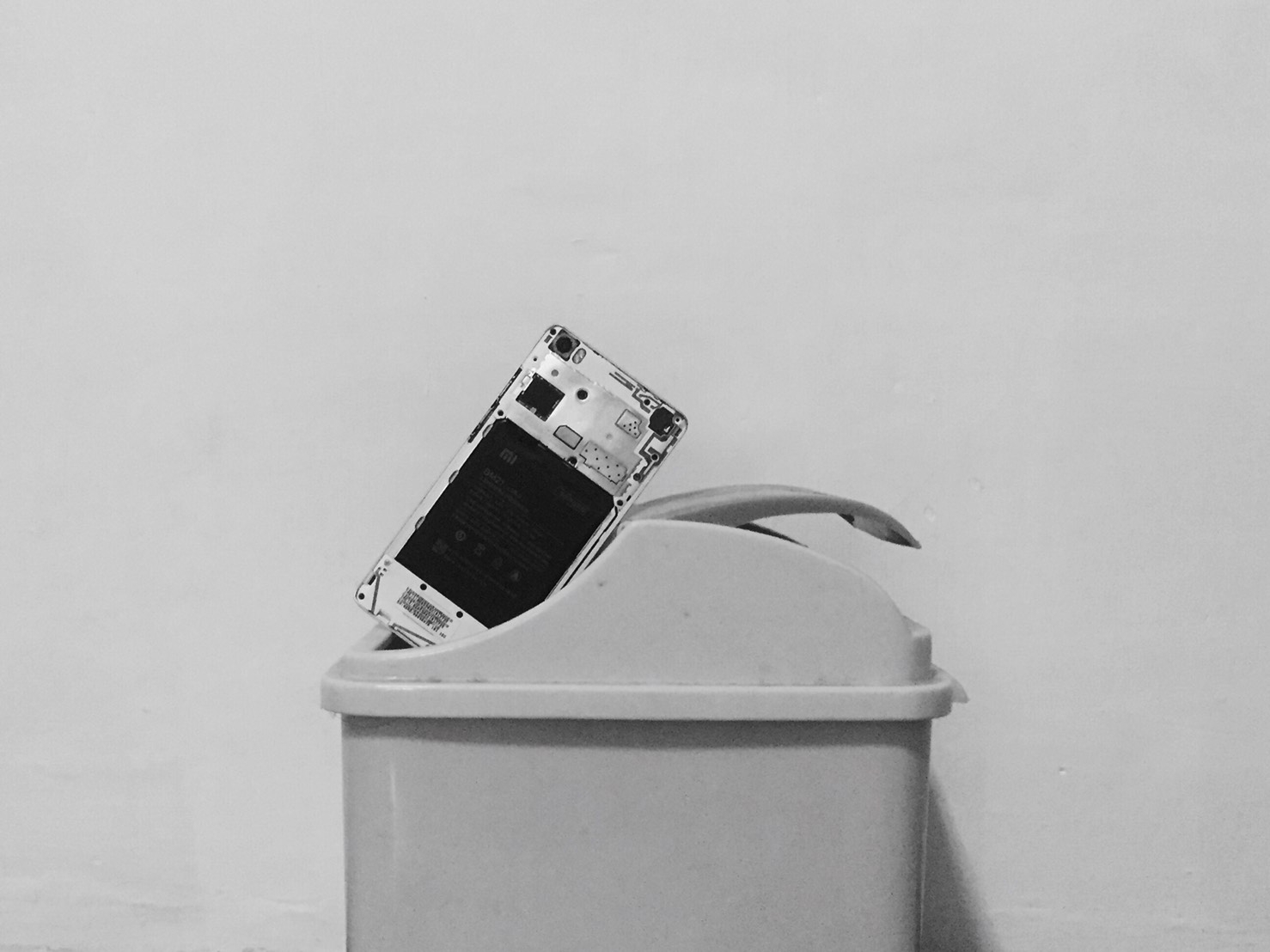 This community was founded based on Rafa’s initiative to create awareness for electronic waste in a small scope. As for his vision, Rafa explained that EwasteRJ prioritizes the ‘campaign & collect’ aspects. The ‘campaign’ aspect talks about public education on the issue of electronic waste. This can be seen through webinars, discussion rooms, or activities in the community as a form of campaign for the concerning issue of electronic waste. The ‘collect’ aspect describes the tangible manifestation of EwasteRJ’s solution in accommodating the public’s electronic waste, of which the number is increasing day by day. This aspect is evident in the dropbox system, a sealed box-shaped container that they build. “The drop boxes are placed in various communal spaces so that they can be reached by the public,” explained Rafa.

Joko Wintoko, an expert on industrial water and waste treatment from the Department of Chemical Engineering at Gadjah Mada University (UGM), explained that electronic waste is any type of discarded equipment that uses electricity or batteries. He also explained that there are various types of electronic waste. These types can be distinguished based on the source, for example, those from households such as mixers, refrigerators, ovens, washing machines, water heaters, etc. There are also those from telecommunications equipment such as chargers, cellphones, televisions, radios, DVD players, and laptops. In addition, the electronic waste itself can come from medical equipment, namely Thermo guns, digital blood pressure monitors, electrocardiograms, ventilators, and DC shocks.

Following Government Regulation (PP) Number 101 of 2014, electronic waste is included in the category of Hazardous and Toxic Materials, which is why the management of electronic waste should not be carried out arbitrarily. Joko added that the materials that are composed in the manufacture of electronic goods cannot be decomposed which resulted in this type of waste filling most of the landfill. “If it continues to be accumulated and thrown away carelessly, electronic waste can cause heavy metal contamination in nature,” said Joko.

Joko also believes that the regulations governing this issue are still too general in scopes, such as Law (UU) 18 of 2008 on Waste Management and Government Regulation (PP) Number 101 of 2014 on Management of Hazardous and Toxic Waste. Agreeing with Joko, Rafa also explained that the side effects caused by this electronic waste are long-term, so the impact will only be felt in the next five to ten years. This can happen if electronic waste is not managed properly, for example by burning or burying it in the ground.

Rafa argues that, in using electronic goods, people tend to be trapped in the mindset of prioritizing cheap prices over good quality. This has an impact on the increasing number of electronic waste produced because the electronic goods used are damaged relatively quickly. EwasteRJ is here to change people’s mindsets about this. EwasteRJ also actively introduces the community to the circular economy concept, in which this concept prioritizes the preservation of useful materials so that they can be continuously used and recycled to reduce waste.

Meanwhile, for EwasteRJ’s plans in the future, Rafa and his team have a focus on continuing to add partners, agents, and associates such as companies. EwasteRJ also carries a new concept as an effort to achieve future goals, including actively encouraging electronic consumers to be wise, smart, and responsible in using electronic devices, being active in advocating for governments and companies, creating a circular economy, and encouraging a habit of recycling electronic waste correctly.

According to Rafa, some people consider electronic waste to be a high-value item, so the safety of the drop box needs to be maintained. To ensure this security, several things need to be considered, starting from the small diameter of the hole, the state of the box that must be locked until the placement that cannot be carelessly like a garbage box in general. “Of course we also hope to continue to add drop box points and agents,” Rafa continued. To produce a lot of drop boxes, certainly, a lot of funds are needed. As a non-profit organization, regarding funding issues, Rafa said that recently EwasteRJ received donations from companies and it had a big impact on EwasteRJ’s progress.

In 2018, Athirra and Fidelia deposited their electronic waste through the EwasteRJ drop box located at the Kebayoran Junior High School Labschool, South Jakarta. Athirra and Fidelia admitted that they first learned about EwasteRJ because they saw the drop box at their school at that time. Fidelia revealed that the reason for depositing electronic waste through EwasteRJ was because she happened to have electronic waste and saw EwasteRJ as the right medium to dispose of it. Fidelia and Athirra agreed that EwasteRJ had a positive impact. Athirra feels that one of the used items that often unknowingly accumulate in the house and eventually becomes trash is used electronic goods. “My awareness of the importance of proper electronic waste management has increased with the presence of EwasteRJ,” replied Athirra.