Inadequate Education Services for The Believers of Local Religions 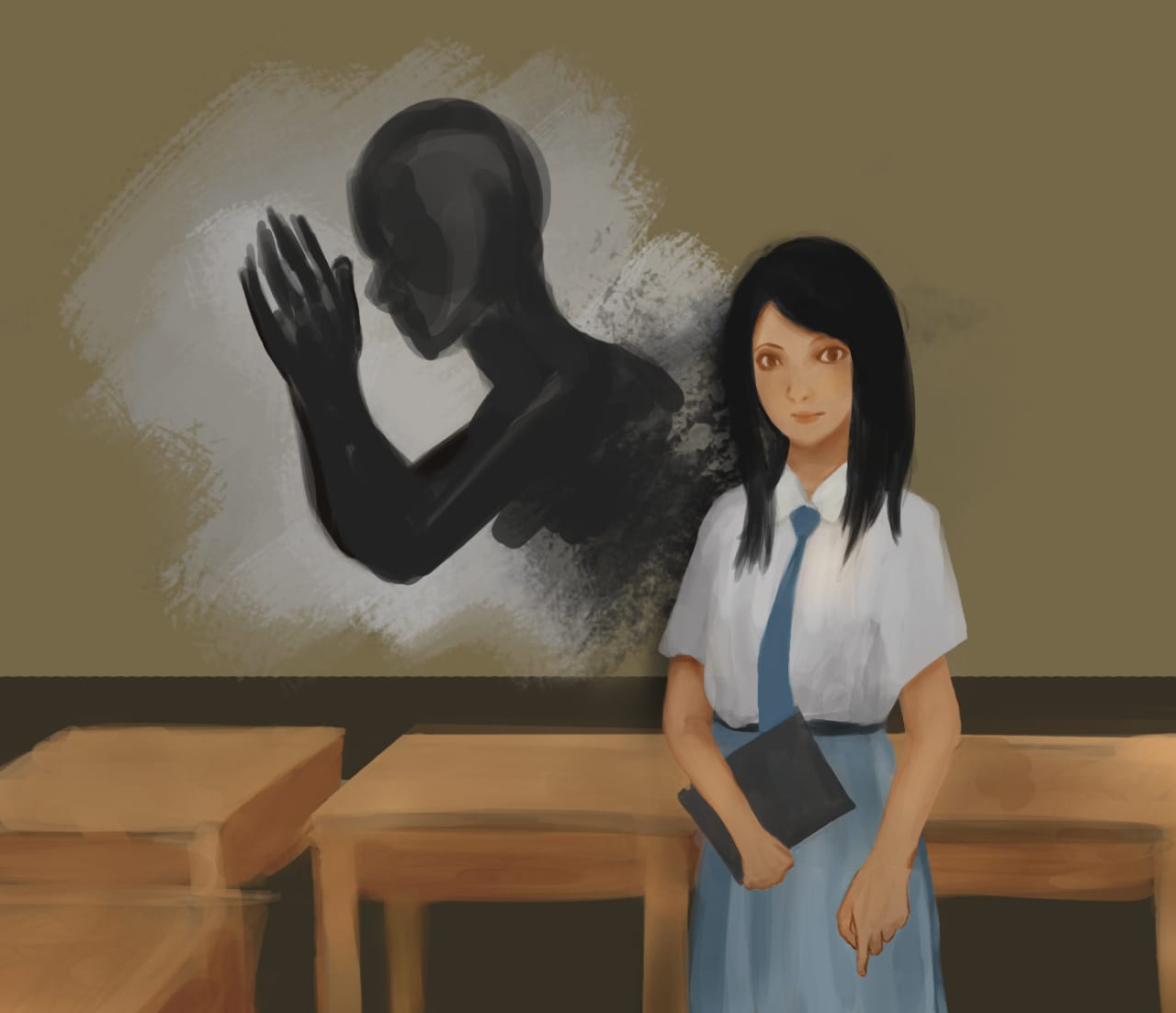 “Education is conducted democratically, equally and non-discriminatory based on human rights, religious values, cultural values, and national pluralism.” (Law of Republic of Indonesia number 20 of 2003)

Bayu Setiawan is finally relieved after hearing the news. In 2017, the Constitutional Court’s (MK) decision No. 97/PUU-XIV/2016 was issued which allowed him to prove his identity as Penghayat Kepercayaan* Palang Putih Nusantara. Before the MK decision, Bayu was using religion that was officially recognized by the Indonesian government as his identity. For almost 11 years, from kindergarten, elementary, to secondary school, he was willing to take up Islam only to get an education in formal schools.

It burdened him to decide among the six religions recognized, but he finally gave in with the consideration of letting himself attend school. “For continuing my education and the fear of being bullied by my friends, I forced myself to follow Islam teachings. However, once I am home, I still worship the teachings of the Palang Putih Nusantara accordingly,” explained Bayu.

Following the MK issued decision, the religious status on his identity card can later be changed to being a “Penghayat Kepercayaan terhadap Tuhan Yang Maha Esa” (The Believer in God Almighty). The school is also ready to serve students with religious beliefs. Dian Jennie Cahyawati, Chairperson of the Center for Perempuan Penghayat Indonesia (Puanhayati) said that the progress of regulations made by the government must be put to good use. According to her, internal strengthening efforts are needed to create good cadres.

“It is time for us to jointly carry out the internal strengthening efforts to create cadres who are insightful, capable, and confident through the education space,” said her in the second series of webinars of 100% Inclusive Festival, Monday (21-9).

After almost three years of the issuance of the MK’s decision which was followed by The Regulation of Ministry of Education and Culture Number 27 of 2016 concerning Education Services for The Believer of God Almighty, there was a progress towards educational services for the local religion believer. However, according to Dian, education services for local religion believers should not stop at the regulations, otherwise, it must be ensured that education services must reach the point of implementation.

This woman, who adheres to the Sapta Darma belief, observes a number of obstacles and discrimination from the community towards local religion believers, especially students in formal schools. Regulation without implementation supervision is meaningless.

This condition is contradictory to Law Number 20 of 2003 concerning the National Education System, which reads “Education is conducted democratically, equally and non-discriminatory based on human rights, religious values, cultural values, and national pluralism.” It is also contradicted by Article 29 Paragraph 2 of the 1945 Constitution which explicitly states that the state guarantees the independence of every citizen to embrace and worship according to his religion and belief.

With regard to educational services for believers in God Almighty, it has actually been regulated in the Regulation of Ministry of Education and Culture Number 27 year 2016. Article 2 Paragraph (1) stipulates that every student who believes in faith has the right to fulfill religious education or belief by following the provisions of the legislation governing the curriculum. Article 2 Paragraph (2) and Paragraph (3) also state that every student has the right to receive educational content, including core and basic competencies, syllabus, lesson plans, textbooks, and educators or trustees.

In fact, data from the Directorate of Belief in God Almighty and Indigenous Peoples (KMA) shows that there is an imbalance between the number of students and the extension of faith. “Out of a total of 2,886 students spread across 55 regencies, 19 cities, and 150 organizations in Indonesia, only 254 instructors are mentored, meaning we still lack trusted extension workers,” said Sjamsul Hadi Director of KMA, Ministry of Education and Culture.

This problem certainly has a direct impact on students who find it difficult in the learning process at school. As revealed by Bayu, a first grade student who is a local religion believer at SMK Negeri 1 Kasihan, Bantul, Yogyakarta. This young man who is passionate about dancing said that the only access to learn the knowledge of his religion at school is only from an instructor.

“There is only one instructor at school, if he is unable to attend, I do not get to study. Besides, there are no books from the school,” said Bayu on the phone.

The KMA Directorate has actually collaborated with the Supreme Council for Belief in God Almighty Indonesia (MLKI) as a partner for empowering the capacity and competence of trustees in Indonesia. This includes technical guidance and competency strengthening workshops. However, the problem of the shortage of extension workers still persists.

Another effort made by the KMA directorate is collaborating with the Universitas 17 Agustus Semarang to open a new study program, namely the Belief in God Education Study Program in 2020. “If the study program is successfully formed, I hope that it can provide wider access for the next generation of believers, trust to add insight, as well as an effort to increase the competence of trustees to get a linear education,” said Sjamsul.

In fact, the plan on making this new study program has a positive goal.  However, based on information submitted by Amar Kuliatu Zahro as secretary of MLKI Banyumas Regency, there are two students at Universitas Jenderal Soedirman  whose background is local religions believers, but so far there is no basic course for developing the personality of local religions believers.

“We have coordinated this information with the university, at this time there are no courses for the believers of local religions and we are in the stage of preparing guidelines that synergized with the concept of independent learning on campus,” explained Amar.  But he also could not confirm when the course would be published.

Another educational content that is still constrained is that textbooks have not been able to be circulated to the students of local religion believers. As previously stated by Bayu, he has yet to receive any book of local religions believers from the school or relevant agencies.

“With regard to educational content facilities, such as textbooks at the elementary, junior high, and high school levels, we are under the command of the Curriculum and Books Center of the Ministry of Education and Culture in the process of drafting, hopefully in October it will be completed and in November it can be distributed,” said Sjamsul.

Problems with education services for local religions believers also take place at SMA Negeri 1 Umalulu, East Sumba.  Ninu Rambu as the Director of the Wali Ati Foundation said that education services for Marapu’s believers at SMA Negeri 1 Umalulu are still constrained due to the unscrupulous school principals who do not have willingness to accommodate students with religious backgrounds.

“If the excuse used is due to the population administration data being incomplete, then that is clearly not true, which actually happened due to the actions of the school principal himself who tried to hinder us and the extension workers with discriminatory words,” said Ninu.

According to Ninu, these obstacles can be resolved by building good coordination from the KMA directorate to the basic level of school.  He also hopes that civil society institutions will be involved in every deliberation and socialization activity, so that the real problems that hinder access to education for believers in faith are not covered up.

“Hopefully this access to education can become an important opportunity that must be taken together and used wisely, as one of the strategic spaces to show the existence of cadres who is  local religions believers in the midst of heavy discrimination from the community towards us,” concluded Dian.