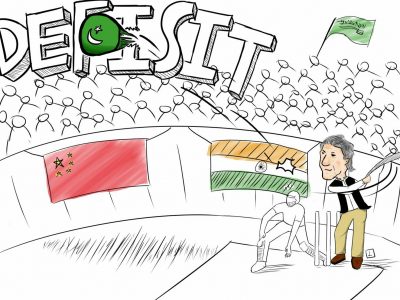 “In the globalization era, diplomacy becomes the front line in global affairs. Hereafter, how the diplomacy implementation itself, and why it is important?”

Recently, the global world was surprised by the appearance of a phenomenal figure, the Prime Minister of Pakistan. His name is Ahmed Khan Niazi or usually called Imran Khan. Khan was a cricket star back then in Pakistan in the 1980s. He was also the Pakistan cricket team captain when his team became a champion of the Cricket World Cup in the year of 1992. After that, he retired and began his career in politics by forming a party called Pakistan Tehreek-e-Insaf (PTI).

This PTI politician was inaugurated as prime minister on August 18th, 2018. After becoming prime minister, Khan immediately shifted the direction of the Pakistan foreign affairs policy. Khan attempted to establish cooperation with many countries and reconciled the Pakistan and India affair.

His presence in several Pakistan important visits to wealthy countries such as China and Saudi Arabia deserves to be discussed. These visitations became an obligatory thing that he bonds to do for the economic condition of Pakistan were on the edge of a downfall. The foreign exchange could only cover his import cost for two months, and the transaction deficit reached 6.1% of the Gross Domestic Product (GDP). It was further from the international limit standard, which is three percent of total GDP. The deficit led to a diminished national budget that culminated in tightening the monetary sector.

Khan then attempted all sorts of efforts to persuade these rich countries to help his country’s economic state willingly. He deliberately searched for the excommunicated countries by the international communities. He projected the image of Pakistan willing to embrace these countries. Khan has visited Saudi two times that was being censured due to murder cases of a journalist, Jamal Khashoggi. Not only Arab but also Qatar, which was its rival, was on his critical agenda.

After that, Khan got in touch with China, which was also being censured due to massive loan lending to third-world countries, to continue the China-Pakistan Economic Corridor (CPEC) project. CPEC is a flagship project or particular program from One Belt One Road (OBOR) which is China’s ambitious project to link the trade routes and strengthen its geopolitics role in the Eurasia and Africa area. A project worth more than US$900 billion and 65 percent of the world population included was targeting the countries which need aid to fasten the economic growth.

Khan previously was against the CPEC project in his campaign before. However, after becoming a prime minister, Khan realized that the CPEC project is one of the fastest ways to restore his country’s economy. Pakistan obtained the most significant amount of money among countries that belong to OBOR, which was $62 billion was provided by China for Pakistan.

Why do diplomatic skills become essential?

Diplomacy could be likened to oil to expedite international relation’s wheel. Through diplomacy, it is expected to fasten the agreement as desired (Freeman, 1994: 75). Khan is fully aware of this term. Interestingly, Khan only needed to do something ordinary to get the diplomacy functioned to be an international affair’s wheel.

It happened on Prince Salman’s visit to Pakistan some time ago. Khan did the bare minimum which was to drive Prince Salman himself. Only both of the two were in the car from the airport to the prime minister’s residence. Although most of the public ridiculed him for they considered it as not reflecting a leader’s behavior, this behavior led the Prince of Arab to invest as much as 120 trillion rupiahs to build oil refineries in Pakistan and 200 trillion rupiahs to build chemical manufacturers or the like.

Good diplomacy leads to a successful agreement. Most country leaders today have capable diplomatic competency. It is based on massive international communication development. Through proper democracy, they could solve various conflicts happening. Besides, diplomacy could also be useful for establishing trade and economic relations.

A notable thing in diplomacy is the negotiation process. Diplomacy will easily be attained if a country has a good negotiation ability to handle the problems and achieve its national interests (Watson, 1982: 15). Related to negotiation behavior, this indicates the development of goals orientation of diplomacy. If in the past, diplomacy was struggling with war and peace-related negotiation, today’s negotiation has shifted to broader issues which are environmental issues, human rights, and economics. It is corresponding to what Harold Nicholson said that diplomacy is the business of art of the diplomatic. In this matter, diplomacy is related to art and business behavior which is multidimensional and profit-oriented in its implementation goals. As Wang (2006) mentioned, diplomacy has three main purposes, which are; (1) promoting a nation’s goals and policies; (2) a communication form of values and attitudes; and (3) as a means to increase the mutual understanding and mutual trust between a nation and its people. Therefore, diplomacy is closely related to the communication ability of a diplomat itself.

Its example could be seen in how Franklin Delano Roosevelt was playing his art of diplomacy to tense the Russia-Japan relations and Germany-France in 1904 and 1906. It led Roosevelt to gain the Nobel Prize for Peace. His famous quote “speak softly and carry a big stick —you will go far” became diplomats’ reference today.

Here, Khan played his role as a multi-talented actor. His position did not necessarily revolve around being an investment tempter for other countries, but also as a peace initiator in Pakistan-India relations. Khan accentuated non-military consolidation attempts between the two countries. It was proved by Pakistan’s initiative to free an Indian pilot that shot down while entering Pakistan’s air territory. According to Khan, it was aimed as an attempt to calm the conflict with India down.

Khan’s government is also building the corridor for Sikh pilgrims in the area of Kartarpur, Pakistan. It was due to Sikh founding father, Guru Nanak, who has spent more than 15 years of his life meditating in Kartapur Sahib.

The first milestone of the corridor’s construction was attended by Khan to prove Pakistan’s sincerity in warming up the relationship between these two countries. Khan invited the Indian government to attend the first milestone ceremony. International media praised the 22nd prime minister of Pakistan and stated implicitly that Khan in a regional diplomacy contest had defeated India.

As if Khan attempted to practice his cricket playing ability in his diplomatic attempts. Pakistan’s government’s “captain” was playing a role as a batsman that ran at full speed surrounding India until reaching scores higher than it during the remaining over. The leader of the Pakistan “team” commanded his other “players” to assist him to win the “games”.

Typical cricket player styles became inherent characteristics to Khan’s diplomacy. Patience and strategy are the keys to win the games. The triumph of diplomacy needs more time as cricket games need an average of six hours per game.

Diplomacy as a political foreign affair instrument for a country is not necessarily always discussing policies outside a nation’s territory. Diplomacy essentially perennially aims for national interests. The procedure of democracy implementation is indeed obligatory to be mastered by a political actor. Khan is an actor whose abilities are approvable in conducting diplomacy. Among various dimensions of theory regarding diplomacy, Khan’s performed behaviors could be analyzed. His nature and attitudes prove that soft-skills capability is regarded as essential. These skills need to gain special attention from foreign political actors. They need to understand that diplomacy is an art on how we sell ourselves on favorable terms.

Khan did all of those in a short amount of time shortly after officiating as the newest Pakistan Prime Minister. His efforts which might seem to be aggressive are worth scrutinizing as ultimate attempts to redeem his country from a tribulation. Formerly, he was hated inside or outside his country. But now, he is starting to gain sympathy from his people. His rationality in conducting diplomacy can make other countries put their admiration to him. The China-Saudi relations which were planned by him have not gained anything significantly yet, but the outcome of Imran Khan’s art of diplomacy is worth waiting to look forward to.