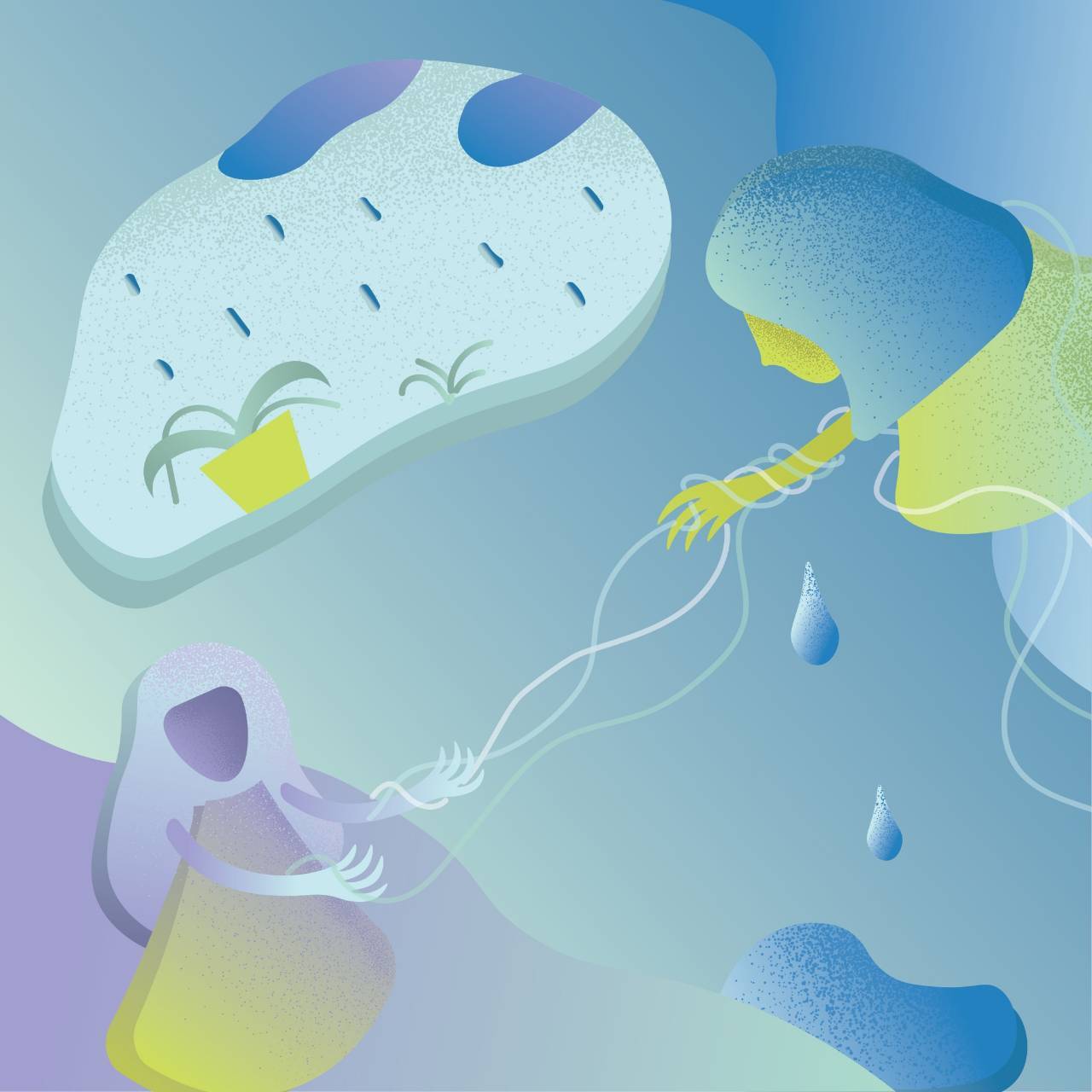 “I prefer seeing myself as a fighter to a survivor,” Bagus Santosa, a Faculty of Law Gadjah Mada University student, claimed. Until today, he is fighting their mental issues. Since August 2018, he has experienced the phenomenon that makes him feels weird and upset. The feelings make him hard to working productively and usually crying without any reason. He then decided to look for the expert because he was afraid of harming himself or anybody.

For the first time, Bagus tried to visiting the psychologist at Gama Medical Centre (GMC). Actually, at that time the psychologist only serves the clinic in the afternoon and also had two slots available. “If I reapplied, I was necessary to wait in a line again, whereas I was in a panic at that time,” he told. He then looked for other information about any psychological clinic which serves counselling services besides GMC. He decided to visit Academic Hospital (RSA) Gadjah Mada University. Since that time, he routinely visits the RSA for consulting his mental issues.

Bagus is one of many students who are experiencing mental health issues. According to the Student Minds report, Grand Challenges in Student Mental Health (2014), students precariously have a mental health issue. It is caused by academic demand which appears because of climate change, work duty, and problem in social ability.

To solve the precarious mental health of students, UGM provides mental health service. Balairung confirmed that service while had a meeting with Sindung Tjahyadi, Head of Subdirectorat of Student Organisation and Facility UGM in March 2019. He told that counselling service is available in the GMC and Psychological Counselling Unit (UKP). “GMS is free for the student, while UKP is in charge,” he said. He also explained that there are lots of students who come to that service.

The amounts of students visit had been proven when Balairung met Yayuk Soraya, Head of GMC in the midst of November. The data showed on the 2017, 2018, and 2019 periods there are 250, 246, and 213 people visiting a psychologist. Although they serve patient from non-academics, many of the visitors are from the students. “It is because the GMC psychologist prioritises the UGM students,” she said.

That data published by the GMC psychologist. Yayuk also explained that the medical clinic has its data about the number of students who have mental health issues. GMC medical clinic shows the data on 2017, 2018, and 2019 periods, there were 198, 379, and more than 204 people commit a mental illness. “They were diagnosed by a practitioner with the results of depression, hysteria, psychosomatic and individual issues,” she explained.

By the showed data, Nida Ul Hasanat, Vice Dean on Students and Academic Affairs Faculty of Psychology UGM, argued that GMC psychological services have not served an optimal service. She added that it only opens two sections, and every section can accept no more than three patients. “That condition makes an overlined queue,” she explained.

Waiting for the Solution

According to the case of mental health on campus, Yayuk stated that it has not had any solution yet. Until today, students are handled when reaching a bad condition. It is because she added, there is no regulation, for example, further action through academics about student’s mental health symptoms. “It is disappointing, there is no university regulation about mental health,” she complained.

We confirmed that regulation’s absence to Sindung Tjahyadi. He said that the university does not have any written regulation about mental health services, even at the university nor faculty level. “There is no specific regulation because every issue must not be made to be a rule,” he said.

Similar to Sindung, Suharyadi, Directorate of Students Affair, explained that every faculty has their objection to facilitating mental health services. It is because every faculty is autonomous, such as mental health service. “Look into Faculty of Psychology, they have a UKP, that unit is based on Faculty of Psychology’s will, not coming from us who asked,” he added.

Sindung also said that mental health service in every faculty does not work properly because nobody visits in. That question refers to the Faculty of Philosophy’s experience in the matter of establishing mental health service within its officer. “Imagine that we have the officers but they have nothing to do from 8 a.m. to 4 p.m.,” he said.

Nowadays, the faculty which have subsistent counselling service is the Faculty of Politics and Social Sciences. That service is available in the Career Development Centre (CDC). Based on CDC’s data, there is a growing number of student who did counselling in the periods of 2017, 2018, and 2019, those are 48, 77, and 94 people.

The growth of that number was seen by Dina Wahida, CDC psychologist, as one crucial evidence of how important the mental health service for the students. But, mental health is one factor that supports the learning process and individual growth. “For the student to be able to be productive, actively engaged with their community, and struggling in their academic process,” she explained.

Aware of the importance of mental health issue, on Wednesday (13-11) UGM Students Alliance insisted the rectorate actualising the mental health accomplishment in a wider scope. In further, the student wants the presence of one psychologist in every faculty. The available psychologist is expected to be integrated with the help of career development.

UGM Students Alliance demand for mental health was responded by Djagal Wiseso Marseno, Vice-Rector for Education, Teaching, and Student Affairs on Tuesday (19-11). According to proceedings from Hearing Rectorat, Djagal said that the demand will be fulfilled by establishing a Help Promoting Unit (HPU). He added that HPU will handle student mental and psychological illness.

Bambang Agus Kironoto, Vice-Rector for Asset and Human Resources Affair, stated that HPU is a program that has few services. He added HPU itself is designed for actualising health and sovereign campus by establishing mental health service. “Some of the services will be centralised in one building in B block UGM,” he said.

Responding to the arguments by the university officer, Bagus said that the response about the ineffectiveness of mental health service in every faculty is weird. He added it is supposed for the university to focus on the orientation to optimising mental health service, rather than agued about jobless and no psychologist issue. “That is similar to the government, they want to wipe Central Service for People’s Health (Puskesmas) out in the rural areas because of no visitors,” he said.