Agrarian Reform: Behind UGM’s Contribution towards the Lasting of Development 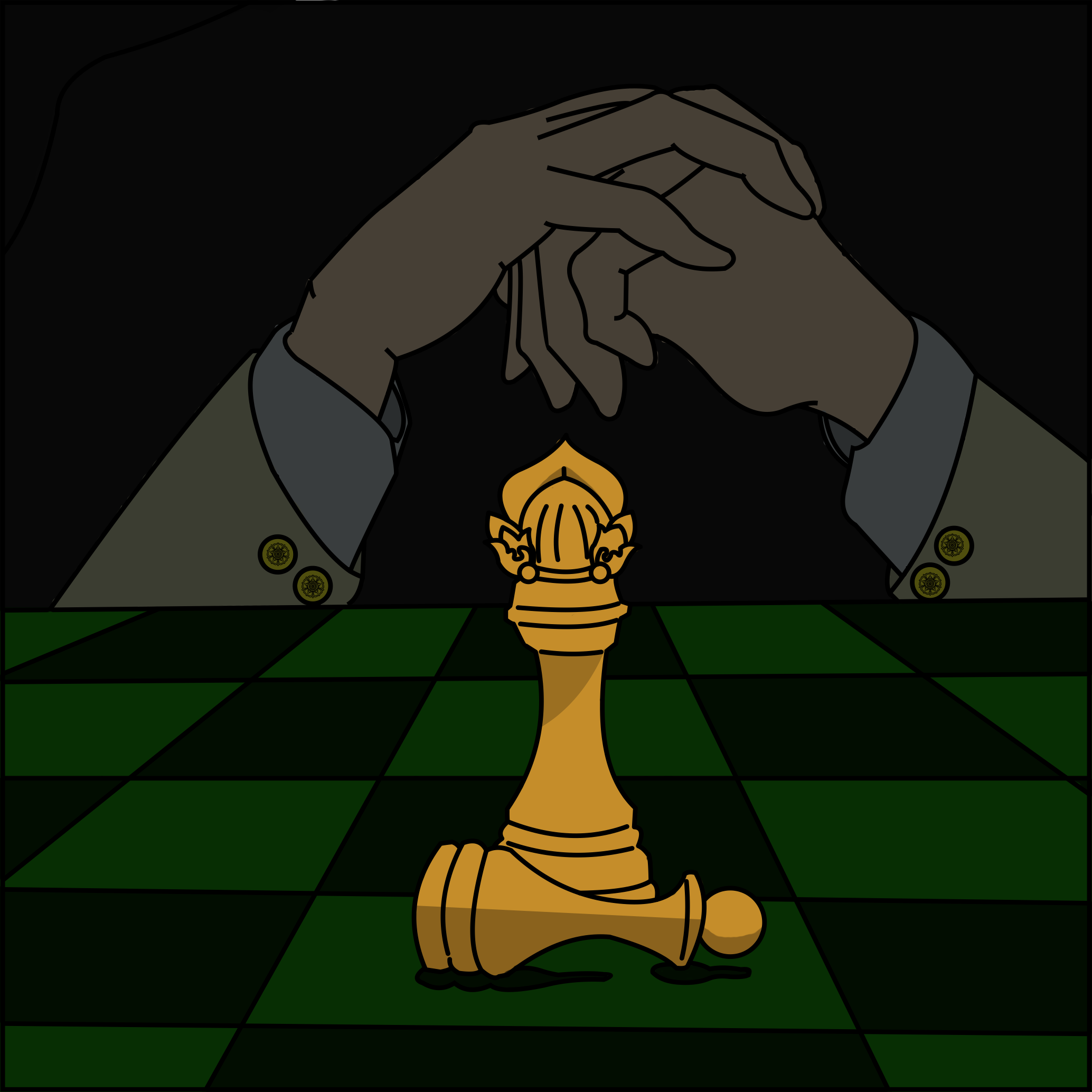 “The tendency of conservative thought among academics at Universitas Gadjah Mada (UGM) has made agrarian reform taboo to discuss. Seeing that UGM is one of the best universities in Indonesia, this can certainly influence other actors’ thoughts.”

Barid Hardiyanto, S.Sos., M.Sc., uttered that sentence in an interview on Wednesday (21-02) In the turmoil of agrarian conflict in Yogyakarta, this Doctoral Student of State Administration in UGM expressed his concern over the potential for UGM to hinder agrarian reform. He stated this whilst looking at a divide happening in UGM’s academic environment, the existence of progressive and conservative thought academics. “Of course there are still those who have progressive thoughts concerning marginalized communities,” he explained.

Agrarian reform is an effort of redistribution, with the help of technology and infrastructure, to overcome an imbalance in the agrarian structure. The agrarian structure referred to is in the form of earth, water, air, spatial planning, and natural resources controlled by either part of the community or the state. The existence of agrarian reform aims to fulfill the rights of the people to use natural resources that are controlled by the state. The fulfillment of these rights is expected to create social welfare that is supported by capital and infrastructure.

When related to land issues, agrarian reform is called land reform. According to Arif Novianto, a research assistant at UGM’s Masters of Public Administration, land reform can be interpreted depending on those in power. During Soekarno’s regime, land reform was seen as an attempt to redistribute land. Farmers and laborers are required to have two hectares of land at the minimum to cultivate. On the other hand, rich people who owned more than twenty hectares of land had to give their land to farmers and laborers. Unlike Soekarno, Soeharto preferred not to question the structure of land tenure and other inequalities. Soeharto’s decision was implemented with the realization of the Green Revolution which focused on increasing the inputs of agricultural technology. Then, in the Jokowi regime, land reform was carried out in the form of land certification. “Although the context of land reform is different for each regime, the main objective is the same, namely to seek a solution to agrarian inequality,” he said.

Agrarian reform developed in the post-revolution era with the issuance of the 1960 Basic Agrarian Law. According to Arif, the 1960 Basic Agrarian Law has its flaws. One of them is that land ownership rights cannot be communal. The 1960 Basic Agrarian Law only recognizes private rights and private or family property rights. A community group cannot collectively own one hundred hectares of land. The clear evidence of this is the land tenure that occurred in Riau in 2016. At that time, the Wilmar Group controlled nearly one million hectares of land while the surrounding communities did not own a single hectare. “Land tenure conflicts in Indonesia are so one-sided they cannot be resolved with mere land certification,” explained Arif.

Speaking about agrarian conflict, Arif stated that the inequality in the general context can be measured through the Gini index of each regime. The more sloped the index, the more unequal the agrarian condition, currently the ratio is greater than during the New Order. Not only that, he added, the current imbalance can be seen in the hegemony of land tenure by the government and corporations. Agreeing with Arif’s statement, Barid gave an example of the imbalances that occur in Indonesia. The case being, 85% of forests in Java are controlled by Perhutani, while on the outskirts of the forest there are around six thousand poor people. In addition, inequality also occurs in the Darmakradenan area. As much as 30% of their land is controlled by PT. RSA and 40% are controlled by Perhutani, while the community only controls about ⅓ of the existing land.

The enactment of the Privileges Law became an example of agrarian inequality in Yogyakarta. Initially, in implementing agrarian reform, Yogyakarta referred to the 1960 Basic Agrarian Law. However, Yogyakarta was given the authority of the post-reform Privilege Law which legalized Pakualaman Ground (PAG) and Sultan Ground (SG). The legalization of PAG and SG led to rampant unilateral claims by the palace. This is because data on the position and size of the Sultan’s land is still missing and has not been verified. This one-sided concession only relies on the narrative and claims that the land belongs to the Sultan.

The existence of PAG and SG claims also affects the contribution of UGM academics in realizing agrarian reform. “When talking about PAG or SG, UGM is seen as fearful because UGM itself stands on the Sultan’s land,” said Arif. Even though, according to him, the contribution of UGM academics in the context of being the people’s campus is its bravery. As intellectuals, academics should be the friends of, and fight for, the people.

In line with Arif, Barid stated one aspect that is fundamental towards UGM academics towards agrarian reform. “There is a tendency for conservative or market-based perspective among UGM academics, so there is a potential to hinder agrarian reform,” he said. Conservative thought is meant as siding with the government and the interest of businesses. This has a big influence because academics are seen as important actors within the agrarian reform process.

However, Barid did not necessarily say that all UGM academics are involved in obstructing agrarian reform, because there are still UGM academics who have progressive thoughts, those who are for the people. Arif also said that it is not quite right to look at UGM institutionally. According to him, individuals acting on behalf of UGM in their projects does not represent the institution as a whole. So, the context that UGM is hampering agrarian reform, is seen through the actors involved in those projects, not all individuals in it or as an institution.

Although there is no written rule prohibiting groups or individuals in UGM to take part in projects, Arif explained that there is still a code of ethics. The code of ethics is meant as the vision and identity of UGM as the people’s campus that favors the little people. This binds UGM academics when taking projects outside the education environment. If the project that is undertaken both by individuals and groups is detrimental to the little people, it will be contrary to the vision and identity of UGM. When viewed more broadly whether it is appropriate for an academic to work on projects outside the academic scope, Arif explained that it depends on the culture that is thriving in the campus environment. “If UGM really wants to embrace the people’s campus culture, taking a project that is detrimental to the little people is in violation of the code of ethics,” he said.

Another issue is the liberalization of UGM academics when participating in research projects. As happened to those evicted because of the sand dune restoration in Parangkusumo held UGM lecturers responsible.[1] They are thought to be involved in the eviction of residents from their lands. Not only that but there was also a scandal involving UGM geography and forestry lecturers who gave false testimony on a lawsuit regarding a cement factory in Kendeng without conducting field research. The lecturers tend to defend the companies that oversee the mining. Even though UGM academics as intellectuals have a social responsibility as protectors of society. “If the partisanship and social responsibility of UGM academics are weak, then they will easily accept offers to work on any project,” added Arif.

Barid also added the involvement of UGM academics as seen from a political economy aspect. Political economic interests took effect when a UGM land being leased by a company sparked a land conflict. He gave an example of the Pagilaran tea farmer conflict as they ask for 800 hectares of plantation controlled by the UGM Foundation for Agricultural Development since 1964.[2] The farmers admitted to being crushed by the earning of minimum wage. “If UGM has a culture of progressive thought, of course, political-economic interests can be avoided,” he said.

Barid hoped that UGM academics would frequently look at the people’s lives, going to the field, and living within the community. Apart from that, Barid also hoped that UGM academics would draft scientific research that could provide solutions and improve the community. Likewise, Arif, hopes that a blacklist of academics involved in scandalous projects can be initiated. This will cause them to rethink and reconsider the value of UGM as the people’s campus. “We have to return UGM to its course, don’t let the people involved in the scandalous projects stir UGM in the opposite direction,” concluded Arif.